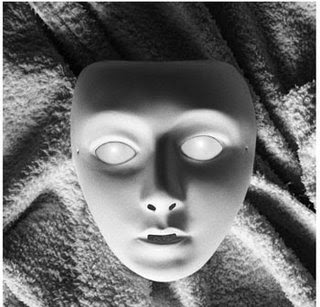 After the Star System, Celebrities, pin ups, children and animals, the entertainment industry will seek the spontaneity in more invasive and pernicious ways in which the private perversions are transformed into public virtues.
We finished the first part of the post about the entertainment industry and spontaneity approaching the trap that the media themselves ended up creating for themselves: the vicious cycle of pseudoeventos. Celebrities and political and economic events replicate images, themes and languages developed by the media, creating a huge effect that authors such as Baudrillard would call hyper: the reality starts to copy images, ie the precession of the images on all present and real events future (the falls of the towers in the terrorist attacks of September 11, 2001 did nothing to materialize the imagination of Hollywood disaster on New York – after all, how many times New York has already been destroyed in the movies?)

The result of this vicious cycle is boredom in front of the media who can no longer show spontaneous events, but people producing events, gestures, attitudes to attract the attention of the media, following scripts and languages developed by themselves.

Stars, celebrities, pin-ups, children and animals in film, TV and advertising no longer sufficient to inject something spiritual and spontaneous structures cliche of the various media genres.

But something new was on the horizon of culture with the literary tradition of American realism. F. Scott Fitzgerald and Ernest Hemingway have presented their works in the intellectual rebellion with the disillusionment caused by wars and economic depression: characters who experience the splendor and despair as in “The Great Gatsby” by Fitzgerald, and Hemingway, tough players (soldiers, bullfighters, athletes) and intellectuals disillusioned.

This search for authenticity and realism flows into the blossoming of the individual in American literature with names such as Tennessee Williams and Allen Ginsberg. Emotional disorders within the family in Williams and “spontaneous bop prose” of Ginsberg with reports of wandering lives, characters and tuned at the same time mystical and reject the conventions fired the imagination of young readers, preparing the ground for the counterculture in the decade to come 60.

These changes of the cultural scene make the entertainment industry look at the spontaneous “authenticity”, no longer in the representation of emotions, but on “authentic emotions,” “gross” and hampering all paradigms of the Star System and celebrities. Perhaps the embryo of this paradigm shift is in the famous “Method” of the Actors Studio.

The entertainment industry will create the most invasive and damaging to prospect and capture the spontaneity: the blurring of boundaries between public and private

Built in New York in 1947, from a particular reading of the theory of Stanislavsky actor in the Actors Studio creates the proposal that the actor must not only represent, but being the character itself from a complex method consists of physical exercises or psychological. To give authenticity to the genuine spirit and thought-forms which are characters, the actor should boot from your psyche several archetypal personas. The brilliance and magnetism revolutionary Marlon Brando and James Dean (graduates of the Actors Studio) in the 50 expose a kind of animism of the actor: as in Spiritualism is called animism interference of the spirit and feelings of the medium in communication (in fact, are the personas that speak of the medium and not a spirit), we see movies in theaters and characters whose strength comes from the actor’s own psyche. We have here the model of the binding energies Gnostic soul (“productive spontaneity”) by moving to the thought-forms and structures created by the Demiurge.

The result can be both schizophrenic behavior of the actor (the identity is diluted in the range of archetypal personas needed to give life to different characters) or the actor who plays himself.

The entertainment industry creates the most invasive and damaging to prospect and capture the spontaneity: the blurring of boundaries between public and private, fiction and reality. Henceforth, private perversions will be transformed into public virtues. If the scheme of celebrity scandals events were designed to methodically gain visibility in the media, these scandals now earn spontaneity and authenticity: when interpreting themselves, actors, presenters, and different characters to extend media fiction to privacy.

For example, actors like Jack Nicholson (also graduate from the Actors Studio), Juliette Lewis and Mickey Rourkey extend privacy problems of misfit characters and potentially psychotic experienced by them on screen (and are keen to expose this on channels like E! Entertainment ). Or is it the opposite, the “authenticity” of their performances fiction being fed by the dark aspects of their psyches?

Reality Show: The Last Frontier
In 1991 NASA put into practice the Oracle project. This experiment consisted of putting in huge glass hangar, built in an area in Tucson, Arizona desert, four men and four women, 3,800 plant and animal species and simulations of the five major biomes of planet Earth. There he stayed for two years monitored for two thousand electronic sensors and attended by 600 000 payers.

This experiment fired the imaginations of the entertainment industry. It is the embodiment of Gnostic mythology that narrates the Demiurge trapping the man in reality artificially constructed to monitor it, scrutinize it, to systematically monitor the expression of spontaneous and authentic (particles of light) to seduce him, and finally isolate it and exploited it. 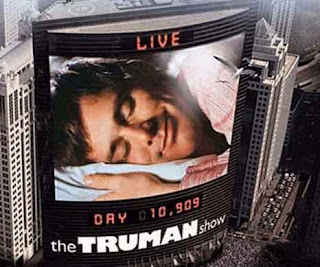 The complex media is ultimately the cheapest solution, fast and profitable to capture the spontaneity: no actors, methods or complex strategies scenic or theatrical. Pick up ordinary people or celebrities and candidates in confined environments or artificially constructed and exposed on camera, caught by surprise.

In the end, the audience is identified and laughs sardonically these situations because, after all, is the materialization of all the Gnostic mythology of the human condition in this world, exiles and prisoners, observed by a Demiurge that seduces with the possibility of purchasing power who withdraws from the situation.

Spontaneity or Sensationalism?
The traditional criticisms of the entertainment industry as “sensationalist” and “unethical” are that way, moralists and innocuous. The hype is nothing more than to become productive spontaneity, that is contained in structures or cliche scripts predefined. The sensationalism tends to turn on the spontaneous and genuine grotesque. Should become regressive and perverse to encourage thought-forms that make us laugh at ourselves, to confirm something we already suspect about our existence: we are prisoners in a giant cosmic reality show. The irony is that this confirmation does not back criticism or outrage, except sardonic laughter.

Ethical spontaneity would be free themselves in the game and play. But that would explode the logical structures of entertainment designed to channel these energies to a spiritual purpose and lucrative market. Perhaps, as provocatively claimed the French critic Jean Baudrillard, in actuality the only spontaneity is in absolute terror for political or strategic futility of these acts: do not seek the seizure of power, not to be to attract the concentric waves of media blasting (literally) scripts of the motivations of rational policy.