“Alice in Wonderland” and Sophia: The Gnostic Hero’s Journey 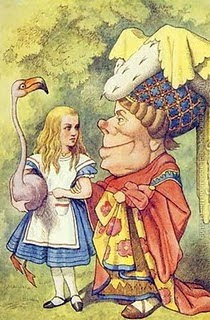 “Perhaps Alice and Sophia are just the main characters in the story of the archetypal hero’s journey as part of the security of the home towards foreign lands that make little sense, but eventually offer great lessons. The difference is that Carroll and the Gnostics dare use of women as protagonists. “