Basements, subways and alleys: The Meaning of the Cave in Cinema 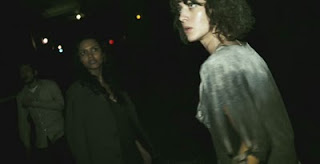 Basements, subways and alleys: The Meaning of the Cave in Cinema
The symbolism of the cave has a long history that involves not only the philosophy and development of Western rationality, but even the fate of the experience of the sacred today. This will be reflected in a diverse symbology and iconography present in films from many different genera. (Photo: Following Cloverfield – 2008)

The tradition of the caves as previous camera from a subterranean world, land of the dead, the half-way to contact the gods in a separate reality of the human is present from archaic times. Greek philosophers Pre-Socratic philosophers, for example, were based on a tradition of seeking wisdom in the darkness without any light, through dream incubation in caves. Those who initiated these sacred sites participating in a journey in the underworld in hopes of finding a deity who would become his friend and mentor. These cults had the cave as a place of healing and connection with the transcendental world beyond our senses.

From Plato and Socrates have a twist: the cave will be presented as a parable of the narrowness of perception derived from sensory experience, therefore, a place where we escape to find the truth. This parable shows the world view of the ignorant, who lives in common sense, and philosopher in the eternal search for truth. Trapped inside a cave, merely to see shadows on the wall projected from the outside world (the World of Ideas, as opposed to the world of sensible things).

Six centuries later, the belief in a higher world hidden behind the transitional forms of sense is still present in ancient cults, Hellenistic, philosophical schools and new religions, most notably Christianity. This abandonment of the tradition of the caves, will be an opposition between the forms of the search for Truth: espisteme versus gnosis, faith versus mysticism, reason versus intuition. The Mundus subterraneus, a place of secrets, dreams and death, channel connection to the transcendent, is repressed by the symbolism of light that reveals all the mysteries and illuminates ignorance.

This model of a cosmos built on two levels (the upper world where lies the creator and an underworld, torn copy of the instance) is the secular scientific rationalism and the Protestant. The decree of the end of miracles by Protestantism (or the end of direct contact with the spiritual realm) and a reduction in the world to a single level in science (the empirical world) does nothing more than secularizing ancient Hellenistic duality in a modern duality: subject and object, ego and id, culture and nature, etc.

But the light of episteme creates shadows. The underground world is not really dead. A sort of “sub-zeitgeist” will appear in popular culture where the supernatural is only manifest in dark realms, demonized.

“Think of the deeper space vehicles in the last ten action movies have attended, always shown as a place of danger and discord, where the hero or heroine is attacked by the villain, where car chases end in mass destruction. Or the mysterious regions in meters where dead souls manifest themselves as hordes of homeless. Or the mazes of these films always located under fictional Chinatowns. Or the many worlds and alternate side of the films of science fiction, including the mysterious caves of planets like the movie Alien (1979) claims filled eggs that infect the crew of the spaceship Nostromo with a destructive and aggressive organism that kills every body that hosts. Or the idea, repeated in one way or another in almost all fiction or virtual reality film of what we see around us is an illusion created to mask another reality that lies below or above us. “(Victoria NELSON. . The Secret Life of Puppets. Harvard University Press, 2001, p.6)

With the scientific revolution of the seventeenth century followed by the first polar expeditions, the Mundus subterraneus now no longer be accepted as a real location and was transformed into a dummy site transcendental and psychological literature and movies. The tradition of the caves as the location for the drive seeking the sacred in the darkness and dreams is demonized in modern culture as dangerous places where Evil dwells And the magician and mentor of this kingdom (of Zoroastrian priests of ancient Persia to medieval alchemists) is transformed into the stereotype of the mad scientist whose energies trying to manipulate darkness comes from groundwater.

Fascination for the “immediate religious experience” 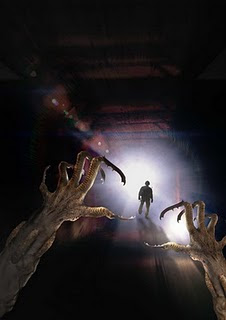 This symbolism and iconography of the cave in the movies is what fascinates the public. There is the villain, the evil one who breaks the order of Light, the episteme, the logical and scientific world of everyday life. In offering what Jung calls “immediate religious experience,” to numinous experience, in terms set by Rudolf Otto translated phrase mysterium tremendum et fascinans augustum.

The numinous is an effect that seizes and dominates the subject, the more its victim than creator. Condition of the subject and beyond its control, the perception of the presence of the numen arousing a feeling of grandeur, wonder and respect. It is the perception of the mysterious, the wholly other that goes beyond the sphere of the usual, the intelligible and familiar. The mysterium represent the das ganze Andere (the other completely), the qualitatively different, which has two subjects: the tremendum, repulsive factor that causes fear or terror, and fascinans, which attracts, fascinates.

This is immediate religious experience, the numinous experience (fascinating because it is a manifestation of the magma repressed unconscious and repulsive to be the eruption of the Weird, or what is potentially destabilizing) that needs to be controlled by religious symbolic systems for nature ambiguous and disturbing numen is diluted.

With the weakening of gnosis and the “end of miracles” decreed by Protestant Christianity, as well as the influence of so-called scientific illustration which excludes even religious men who can not reconcile religion with science, new forms of mediation should be created. Come secularized forms of symbolically deal with the “immediate religious experience,” that is, with the flow of the human psyche that comes up in everyday life. The film would be one of them.
Sacred as “breakdown of order”

The tradition of cave entirely another search, transcendence, the rupture as a whole established. The mythology of the cave as it interpreted by Plato and Socrates is the inaugural act of the liquidation of the individual reduced to the condition of ignorance before the Truth (Logus, episteme etc..).

See the order is broken by the mad scientist, the serial killer, the terrorist villains or graduates of the kingdoms underground (caves, labs in basements, subways – the movie Devil’s Advocate (1999) only the devil moves by subway in New York) fascinates the viewer by bringing this experience archaic religious and archetypal.

But the danger of the sacred experience is streamlined and brought under control in the film narrative: the villains are punished, the “cave” is destroyed or buried forever and Episteme and reason is necessary as the only possible destination.