“Because we know you have something special”, says the Demiurge 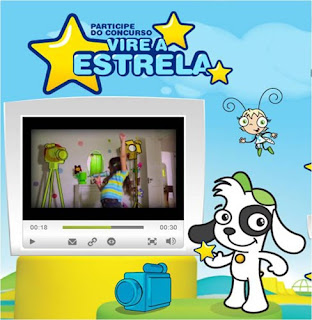 The contest of children’s television channel Discovery Kids is emblematic. The contest seeks new presenters for their programs. Your emergency and recruitment tone seems to denounce the secret needs of the entertainment industry: just as the Demiurge in the cosmic field, the Archons in the field of micro media seek spiritual light and energy of each of us to put into motion a flawed design and static.

The Gnostic mythological narratives see the man as an expatriate or a foreigner in a cosmos that is hostile to him, governed by a Demiurge who does not love him but that the traps inside his creation with a single objective: the power to imprison the man contains (Spirit or Light).

Originated from a Anthropos that fell in this material universe in time immemorial as tragic result of a cosmic battle between the realms of Light (Pleroma) and the Demiurge, the man is constantly seduced by the illusions created by the Archons materials.

The Archons, or “small regents” as described in the Gnostic narratives, are malicious angels created by the Demiurge to assist, through the arms of evil and deception, to keep the man trapped inside the circles of matter. They have the ability to dodge through religion, science or reason and the ability to seduce through the sensuality or the symbols of power.

All because the creation of the Demiurge is an incompleteness in the architecture of cosmic creation: it does not create the world directly, but only one model ethereal, lacking the energy for this building that the anime: the Spirit or Light He is looking for element that animates the material cosmos, the Light that is mixed with darkness. Originated in the realms of heights (the Pleroma), the mixture is light in darkness because the human being, unconsciously, the holds. Therefore, the Demiurge attempts to apprehend them to extract from it the element which was organized by the principles of the physical cosmos corrupted, complete the gap in its creation.

The media and the entertainment industry seem to play in this micro-macro cosmic incompleteness. As another tool of the Demiurge (after all, the media and entertainment industries are the perfect fusion between Religion and Science, Technology and Sorcery – or fetishism), it is pure form, cliche, stereotype, merchandise. It’s just a template that requires something the anime, which put into motion: the energy, spontaneity, innocence, etc.. In other words, you need the particles of light, or what makes each of us unique, brilliant and spiritually connected to our ancestral origins, the Pleroma.

The slogan of the contest of children’s channel Discovery Kids “because we know you have something special” is very suggestive and gives food for thought in these terms Gnostics. The tone of the event on Discovery Kids is convening and urgent: “We are looking for presenters like you.” The name of the competition is enticing: “Join the contract Turn to Star.”

More than seduce through the imaginary narcissistic-exhibitionistic-voyeuristic (become a “star”), the entertainment industry looking for different ways to recruit people who have touched the spiritual energy necessary to give life to the empty forms and static products cultural.

This spiritual energy or particle of light in each one of us is manifested in daily life by spontaneity, innocence and good faith, kindness, compassion, joy, devotion and integrity of purpose. Gnosis was the inner search for spiritual meaning of these daily manifestations of the particles of light that animate the spirit. Understand that through gnosis means confrontation with the physical cosmos in which we are imprisoned, since these energies transcend or may not be contained by the roles or social norms or policies.

But the whole process seductive entertainment industry is to convince us that this truth is already present in every one of us are not enough. You must turn in the media image. Just as for many parents the child is not enough owls only exists, but states that its existence to become in-picture (turn the child into advertising model, upload videos to websites or children eagerly waiting to appear on TV channels). It is indeed the manifestation that the entertainment industry need to channel these energies to enliven the cliches and stereotypes.

Many researchers in the line of Critical Theory have realized this perverse dynamic. For example, Theodor Adorno understood the dynamic between the standardized forms of cultural industries and spontaneity required to give motion. Mainly in their analysis of popular music, Adorno understood the tension between the potentially emancipatory standard (the leitmotif and melody in music) and elements potentially spiritual, or transcendent energy (the atonal, the counter-point, etc…) So much so that your final project (abbreviated by death), represented by the book “Negative Dialectics”, would be to scrutinize the spontaneity present in the masses, beyond the static models of the cultural industry.

The German Dieter Prokop tried to continue this insight of Adorno on the discussion of “boredom and fascination in cultural products”. This passage is very interesting reflection on our Gnostic thinking:

“Fascinating is a certain carefree independence in certain representations and actions of men and women singers of hits: a sincere pleasure to represent, a firmness, a contentment with himself, a failure, acts of self-representation demonstrated unwavering narcissistic in a way that arouses admiration and envy (PROKOP, Dieter. Dieter Prokop, Large Collection Social Scientists, New York: Attica, 1987, p. 150).

In summary, it is fascinating to see a star that we know, beforehand, be more of the same, but with elements of spontaneity and carefree innocence.

The contest of Discovery Kids is emblematic. Your emergency tone and seems to denounce the secret recruitment needs of the entertainment industry: just as the Demiurge in the cosmic field, the Archons in the field of micro media seek spiritual light and energy of each of us to put into motion a flawed design and static. Fascinated, we are seduced by the stars as if they were special people, chosen and anointed, not knowing that in each of us also have this “anima”. However, we are led to believe that we are empty and dependent on that energy transmitted by the media, when in fact we have exactly the opposite.

The exploration of innocence and naivety 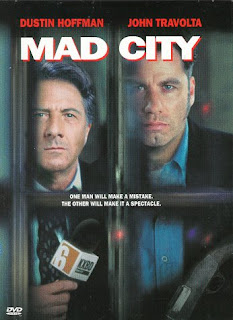 I believe one of the most accurate translations filmic reality is that in the film “Mad City” (1997) from director Costa Gavras. Known for movies with plots of strong political overtones in this movie she puts the media in question, but not only in the most immediate political aspect: it goes further, exploring metaphysical dimensions.

Sam Baily (John Travolta), desperate to have been fired from his job as a security guard, returns to his place of employment (Museum of Natural History) to try to enter into an agreement with her employer (the curator of the museum Mrs. Banks – Blythe Danner ). Intending to intimidate her, and Sam comes armed with a bag full of dynamite. Max Breckett (Dustin Hoffman – a journalist at a low after being punished by the TV network where he worked with the downgrade to a regional station) is in the museum when she accidentally Sam fires his gun hitting another security that comes staggering into the street. In response, Sam takes everyone hostage at the museum (children visiting the museum at the time and Mrs Banks). Max has a handy scoop that you can do it again to return to journalism’s national broadcaster.

Since then, Max will do anything to drive the story to national impact, creating a media circus around the museum. Sam, a naive and common resident of a typical country town, finds himself enmeshed in a web of interests that has the media as the center of everything.

Why the media is interested in personal drama of Sam Bailey? At 35 years and without a job feels finished and no prospects. Hidden wife’s job loss, trying to solve it yourself. Melancholy and impotent before the facts of life (and no study has not found intelligent or smart), sees in the media (personified by the “news of the boy,” Max Breckett) the only way for an exit. Max says he is popular and friendly to the public. For Sam, Max becomes his personal agent. Think of a book on the history, a TV movie and even a show about fishing, “Sam’s Fishing Corner.” Like Max, Sam is betrayed by the game media. Sam is naive and spontaneous, raw material required in any media to show, then this inner essence to be corrupted by the script and protocols of the fictional script.

Max: why not study?
Sam: I had no money … and it seems that was not very smart
Max: I did not study too … could not afford
Sam: How is that done to be so smart?
Max: say thanks to my charm … is something you have
Sam: charm?
Max: charm, personality
Sam: in this case could spark a television program?
Max: Why not? It is even famous!
Sam: yes, but famous in the wrong direction
Max: It does not matter in television. They know who he is.

The ingenuity and spontaneity of Sam is the media that seeks the Demiurge, which makes his telegenic drama. Max directs Sam to follow a script, or a kind of protocol, the media and public opinion expect at events like this assumes the character of Sam hijacker gets the sympathy of public opinion and to think of a future program on TV. As in the Gnostic mythology Demiurge creates the form but not the content of existence (in need of raw material to liven the human creation), just as the media needs to capture and exploit the spontaneous and naive to give movement to the cliche of his universe.