Cycling and Altered State of Consciousness: Gnosis in Sports? 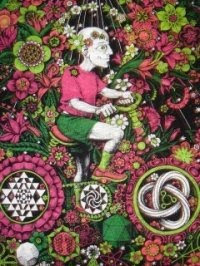 What is the representation of the imaginary bicycle on pop culture? To our surprise we found a connection between the state of consciousness that bike provides (for its unique design that fuses human and machine) and Basilides of Gnosticism: the mental state of “suspension” that allows silencing the noise of the language for us to hear the spirit which seeks to gnosis.
Basilides, an early Gnostic teachers in Alexandria, Egypt, second century of the Christian Era, harbored a distrust of the radical capacity of language to grasp reality. His theory can be summarized in Great idea of Denial: the truth about God is beyond knowledge human, denial of knowledge and language is the sacred path.
In his paper, “Seven Sermons to the Dead” Basilides says that given the fullness (Pleroma – the source from which everything is emanating) “and thought cease because the eternal existence is devoid of quality. ” The world created (The physical cosmos), in contrast, is governed by the principle of “differentiation” where what was one is split into opposite qualities. Through language and knowledge man becomes obsessed with apprehending the qualities of becoming naming them through words and concepts a reality that is diffuse, fluid on. If the qualities of the Pleroma are pairs of opposites that cancel each other (a dynamic union of opposites: full/empty, beautiful/ugly, time/space energy/matter etc.). In contrast, the human language differentiates, discriminates, tonando us victims of the pairs of opposites.
The result is the Evil: in search of the beauty, the ugly man produces, the search for peace ends up producing the war, in pursuit of using technology effectively ends producing useless, etc.. This ironic reversal of language (not transitivity between language and reality) ends up making the man a prisoner own concepts and words, failing to hear, within, the reminiscent of the One, the Pleroma, the fullness that would unite the original God.

“What you should never forget is that the Pleroma has no qualities. We that we create these qualities through the intellect. When we fight for differentiation or sameness, or other qualities, we strive for thoughts that flow to us from the Pleroma, or thoughts about lacking the qualities of the Pleroma. While after these thoughts, you you fall again into the Pleroma, while coming to the differentiation and equality. Not your mind, but your being is differentiation. That is why we should not strive for differentiation and discrimination as you know these, but for your true nature. If indeed we did so, you would have no need to know anything about the Pleroma and itsqualities, and yet, we get your real goal because of your nature. However, such thinking alienates us from our real nature, I must teach you the knowledge so that you can keep your reasoning under control. “(Basilides,” Seven Sermons to the Dead “available at: http://www.gnosisonline.org/teologia-gnostica/sete-sermoes-aos-mortos/)

Thus Basilides proposes a unique state of consciousness: the silence, state of “suspended”, emptying the mind through the suspension of all activity of the abstraction mechanisms of language (it is said that the disciples of Basilides were obliged, as a rite of initiation into silence
for three years …). Keep the “thought under control,” fight “against differentiation. ” Basilides to these terms refers to a state of suspension between opposite pairs, the “tertium quid”, the third element that the solder qualities.

The Experience of Bicycling: the “suspended” state

And this long introduction has to do with cycling? If we do a flyover in the representations of pop culture in relation to the bicycle and cycling, we see that this sport and means of transport occupies a special position, a special confluence of special states of consciousness and physical exertion, body and mind.
A prime example is the Kraftwerk (German pop group considered the godfathers of techno and industrial music), whose members are passionate about cycling and, from the mechanism, and ergonomic design of the bike, distilled the ethos of his musical approach: the union between Man, Machine and Nature. Once, one of the group members, Ralf Hütter, made the following statement after the drafting of the classic single “Tour de France 1983:” The bike is more than a mere instrument of leisure, is something closer to the policy statement . Not for vacation, is the man-machine. Am I the man-machine on the bike. Speed, balance, a certain freedom of spirit, keep fit, technical and technological perfection, aerodynamics. “ 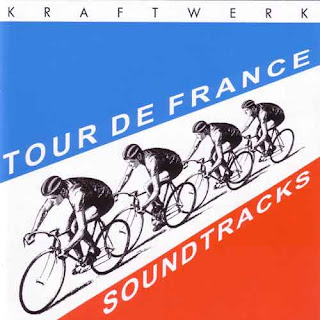 For him, the bike is in itself a musical instrument: the rhythmic sound of the chain, gears, breathing and heartbeat, against a backdrop of the continual sound “shhhhhh” told the tire on the asphalt. Like a mantra, confers a “free spirit” to empty the mind, is the repetition of sounds and movement, whether by physical exhaustion.
Here we can make a surprising connection between Basilides and the bicycle: the conscious state of suspension on the bike is at the same time symbolic and literal. Riding the bike and move swiftly to have been lifted and at the same time, the rhythmic sound of body and mental work voiding mechanism.
From experience, it’s amazing the insights and ideas that, paradoxically, come from this mental void. The union of opposites. Just as you create by brainstorming where a chaotic state of disconnected ideas produces, over time, a critical mass that suddenly produces a qualitative leap: from nothing, the chaos suddenly appears the order, an idea.
It’s like the noise of everyday activity and no rational mind would let us hear the deeper layers of our interior. It is necessary to quiet the mind, even if by violent means as in the movie “Fight Club”: the struggle is an aspect of discipline, asceticism, like a mantra where thoughts and rationality are subjugated to the discipline of repetition until converted into the opposite: the state of suspension of sense for the liberation of consciousness.
Songs like “Bicycle Race” by Queen pointed out that silence of rationality.

Concepts, choices, words are like noises that hinder the freedom of the spirit hear himself, his reminiscences that makes you connect back to fullness.
Emptying the mind and free spirit reaches the altered state of consciousness that comes to catharsis and transcendence that changes the way we see the relidade, as the song “Bicycle, Bicycle, You Are My Bicycle” band “Be Your Own Pet”:

No gears, no brakes
No real, no fake

Transcending the point of the gears and brakes of the bicycle disappeared. This freedom leads to withdrawal: nothing real nor false, the search for an experience that overcomes the dilemma of opposing pairs, the trap that the language and knowledge can not break free. Go beyond the gears and brakes (reason and language).
The archetypal figure against the light of an alien being mounted on a BMX bike in the movie poster for ET Spielberg is a synthesis of representations in pop imagery around the bike, suspended in air with the moon as a backdrop. The iconic representation of a whole imaginary Gnostic involving the bike: suspension as an altered state of consciousness that enables the silence that makes us hear the inner voice of gnosis.