Drugs, Disco and 3D: The Pop Embodiment of The Mystic and Sacred 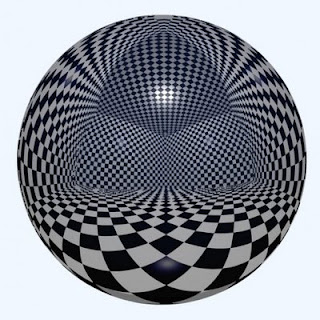 Of the first multimedia sensory areas of the 70 clubs to 3D cinema today, followed the materialization of all neo-Platonic a mystical and metaphysical dimension sacred: the embodiment of all archetypal symbolism of the species before our senses through
convergence of media to digital technologies. What is the fate of ancient religious and mystical aspiration for transcendence in an environment high tech under the control of large corporations?

In a classroom discipline Visual Communication at the University Anhembi Morumbi discussed with my students the visual references of each decade. Regarding 70 years, presented the visual disco music: fashion, behavior, and especially the multi-sensory areas that were nightclubs. Strobe lights, dance floors with lights in motioncreating random geometric shapes, dry ice etc.. In terms of behavior, we know that over the decades the drugs with each trend in pop culture. In the era of disco music to accompany decay and the rise of the drug lysergic drug “speed” as thecocaine. Faced with so much sensory stimulation, the important thing was to get connected and dance all night.
A student raises an important consideration: in environments like the disco were no longer needed drugs lysergic: apparatuses multisensor already reproduced the effects of acid trips. Therefore, the most important was to remain connected to extend the trip organized by technologies sensory.
This is perhaps the crucial question to understand why the decay of lysergic drugs and the rise of the drug “speed” (from cocaine to ecstasy) that followed the successive trends in fashion and behavior of the last decades. And more than that. This question is embedded in another: if the state altered consciousness of lysergic was already present the possibility of religious or mystical experiences, is the secret of motivation sensory and multimedia technologies would not be the materialization of this possibility in a commodified and controlled? In other words: virtualization of religious and mystical experiences through a catharsis multimedia technology.
At the end of his life neuroscientist U.S. Thimoty Leary (Considered the guru of LSD in the 60s) had believed that the software computers were going to replace the LSD as the induction medium altered states of consciousness. For him, televirtualidade was the key word: with helmet and Velcro gloves, “smart drugs” in the head and programs that convert the screen ideas we present in the brain to release psychic where each individual create your own reality.
It is no coincidence we follow the growth of smart drugs parallel development of computer technology and virtual spaces multisensory entertainment (the usual clubs to raves) and electronic music which artists make constant associations between sound, trance new age and esoteric.
That seems to be the essence of tecnognose: through the development of a technology that seeks to improve the ultimate interface (the connections between neural networks and electronic networks), creating a kind of shorthand for sacred aspiration for transcendence. Under the pretext that the technologies offer a channel “cleaner” and less “chemical” than drugs lysergic,
tecnognose to create the conditions for solipsism (where each individual creates his narcissistic own horizon of experience) and at the same time, promotes control through surveillance systems.

All the technologies of imaging, audio-visual film will follow the movement of materializing the experience of the mystical and the sacred. For example, in the movies followed a profound change in the cinematic apparatus itself.
With the evolution of digital resources, chroma key etc., gradually the film or the camera itself are becoming disconnected from reality. If in the past, the device film stemmed from the real object (actors, set design, lighting, etc.). Today, increasingly, it lacks a reference “realistic.” All the features of digital editing, montage, special effects, in that it virtualizes, are increasingly materializing the imaginary (mythology, fantasies, etc.).. The viewer is in front of him, the transformation of images of all the myths, dreams and fantasies. 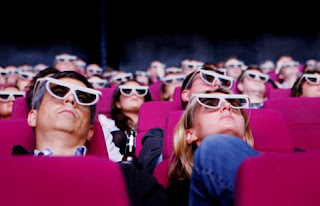 Improved technological capabilities such as 3D help materialize a whole universe of archetypal our collective unconscious. If in the past, it was necessary to asceticism, the discipline of meditation, mastery of techniques and philosophies hermetic or inducing mystical experiences through hard drugs, now all we were looking through these instruments is materialized before our eyes on a screen .
While our bodies lie inert in a comfortable armchair in a multiplex, our eyes see the archetypal embodiment of our aspirations.
So what is the fate of all metaphysical dimension of the sacred and the transcendent in the technological media? If we witness an era where the whole neo-Platonic metaphysics is embodied not only in our eyes, but kinesthetically, for all the senses, what is the fate of the mystical experience and the sacred?
All the euphoria of Thimoty Leary, who saw a road with computer technology psychic liberation, he did neglect one important detail: the large corporations which, after all, the monopoly of technological development and manufacture of software and hardware.
If the future of cinema points to the end of the support itself (the film) replaced by digital files sent to the streaming movie theaters (performing the convergence of all media to computer technology), then do we have the dangerous tendency of the concentration media in a few corporate giants.
According as any archetypal symbolic material (dreams or aspirations for transcendence of the species) is materialized for the purpose of pure entertainment or catharsis and transcendence in immanence is lost: the political and social control of large corporations. Or, put another way: if the drugs could produce heavy and lysergic not transcendence or enlightenment, but addiction and self destruction, just as the materialization of the images may create a progressive addiction addictive forms of entertainment sponsored by a system socio-political motivation that the very mystical and sacred sought to transcend.
Facebook
Twitter
WhatsApp
Telegram
Email