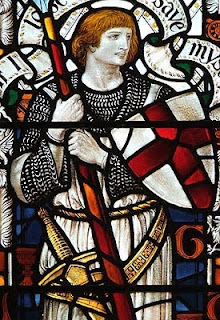 The mythic Hero’s Journey by Vogler described as the universal basis of every script seems to resemble the narrative journey of the protagonist of the film Gnostic (Fall, Ascension, Plenty). But there is one essential difference: Negative Theology

Last week, during the class structure of the discipline Roadmap given by me in the course of Communication (Advertising) University Anhembi Morumbi (UAM), discussing the mythical character of the hero, as described by Christopher Vogler in his book Writer’s Journey . Based on the ideas of the historian and researcher of mythology Joseph Campbell, the Hero’s Journey with the whole gallery of characters (the Pícaro, the Shadow, the Herald, the Chameleon, etc..) Would be to Voegle, the basic narrative structure of all or any screenplay movie being based on a model of mythic narrative present in all cultures and times.

What draws attention in describing Vogler is the reason that drives the hero to start the mythic journey:

“The impetus for this journey is to change something in their common world, and he goes to seek the restoration of this world, or he is unhappy in your world and the cause for a change. In both cases the reason for the journey is the lack of something. The hero feels incomplete and goes in search of its fullness. The result is the transformation of the hero himself. Even if the environment does not change the hero sees the shortest way. “VOGLER, Christofer. Writer’s
Journey)

For many readers of this blog or follow discussions about the film Gnostic, the description given by Vogler seems to resemble greatly with the film’s protagonist Gnostic. Altered states of consciousness of the protagonists Gnostics (the suspension of Solo, Detective’s paranoia and melancholy’s Foreign) depart also dissatisfaction and incompleteness. Everyone seeks the fullness.

But with one fundamental difference: Negative Theology. Or, in filmic terms, the break with the order or totality. The protagonist Gnostic not only becomes inwardly as the renovation involves the breaking, in toto, with an ontological perception of reality.
A short history of the “breakdown of order”
The story of the “breakdown of order” in the movie is interesting. In this “slapstick cinema (silent films” of pie “), the hero’s path leads to the classic happy ending anarchic: the heroes win the challenges and limitations imposed by the system (social, police, economic, etc). 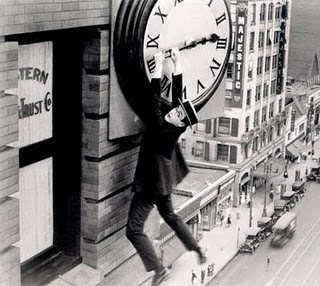 As an example, the end of the anthology film of Harold Lloyd The Human Fly (The Safety Last, 1923) where, after climbing a building with his bare hands in search of employment and marriage, though hampered by a police officer then, everyone wins hitches, reaches the top and find your bride for the final kiss.

Indeed the figure of the order, the police, it is ridiculed. Since the group The Keystone Cops (a gathering of police awkward that every mission is transformed into disasters that turn aside the order), the figure of the police is ridiculed, and can never hold anyone. The characters of Chaplin, Laurel and Hardy, Harold Lloyd, and even at the PA system, the Three Stooges, they always escape the police, denouncing the hypocrisy of the Act is unnecessary to join the system.

With the economic depression after the crash New York Stock Exchange in 1929, the proletarian retreat from the theater to make room for the middle class demanding a political and moral framework in film production. Mainly from the movie musicals, the scheme is to be broken and return the order presented in the narratives. For example, in music all start singing and dancing and suddenly return to their roles as if nothing had happened. This veritable fantasy-cliche develops, varies and is updated over the decades and film genres.

Since horror films (where the monster or serial killer who murders young people first have sex, use drugs or simply disobey their parents), to road movies (like Easy Rider – Easy Rider, 1969 – or Thelma and Louise — Thelma and Louise, 1991 – where the main characters die after breaking the order) to the thrillers or action (where the happy ending, unlike the film slapstick, is the moral hero restoring political and social order), we have several variants of this fantasy cliche.

Since the films Gnostics have a peculiar way of breaking with the “order”: gnosis. But this break is not just a break with the political or social order, but the break with the notion of ontological reality. The break with the Totality and comforting rationalizations that house the individual within a “sense” or “purpose”.

Consider two movies that work with a potentially Gnostic: the symbolism of the remote control as a device that alters or interferes not only on TV but in reality present in Life in Black and White (Pleasantville, 1998) and Click (Click, 2006 ).
Click on an architect workholic wins a strange universal remote that allows you to back up or situations from different parts of your life. What could give the banks the questions or at least fear or ecstasy metaphysical or philosophical, rather, reverse itself in the immediate interest of instrument: accelerating the parties “boring” life (dinner with the family, take the dog for a walk , foreplay with his wife before sex, etc..) so he can concentrate on work.

The narrative moves from the metaphysical or potential interest Gnostic (reality as a constructu, an artificial sequence of holographic images) to a moral bias, where the protagonist is punished for breaking with family values.
By contrast, in Life in Black and White, another strange gain remote control of a no less strange TV technician, two people will be sucked up into the interior of a television series of 50 years. That day the young heroes will question not only the values of the world in black and white of the 50’s, as the values of their current (90 years). Your questions will be marked by a strong symbolism and iconography of biblical origin of the Old Testament (Paradise, apple, flood, shrubs, bulbs etc..).

It is from this altered state of consciousness initiated by remote control, the heroes glimpse another reality that transcends that of the TV screen or the reality of young people in the 90’s dominated by images of MTV.

Just as the mythical hero’s journey described by Voegle, the actors perform an inner transformation. However, this implies a break and transcendence (or “broken order” in terms filmic). The total is social or divine / cosmic is denied: nor illusion, much less the illusion of reality, but the search of a third element beyond oppositions or dualities that requires the cosmos.

Just like the negative theology that reveals the existence of God from its denial (or the inability of language to express its existence) and how to Theodor Adorno with his negative dialectics ( “Negative Dialectics Negative theology is” read) reveal the falsity of the Whole seeking transcendence in particular and individual, the movie Gnostic search from the denial (sometimes nihilistic) the order of a total (social, divine, religious) the fullness that would be the last overruns of the material cosmos present.

The “transformation” of the hero at the end of the mythic journey as described by Vogler is still marked by the positive: it is a much less processing and more intimate adaptation to an all around you. The penalty would be a tragic death as the end of the movie Thelma and Louise.