Although the film does not deal explicitly gnostic themes, “Slipstream “is a” gnostic flavor ” to adopt a self-reflective consciousness is not just as the reality of his own cinematic language. When making a direct reference to a poem by Edgar Allan Poe, the film joins the tradition of “romantic irony” that studies the angst of being a prisoner of language can not grasp a reality that is lost in the bloody flux time.

Eric Wilson, in his seminal book on the “gnostic movie” Secret Cinema:Gnostic Vision in Film “(which advocates the emergence of a new genus film, the “gnostic movie”), classifies the presence of Gnosticism in films in four categories: films Gnostics proper (where the movies Gnostic theology and cosmology are explicit as in “Matrix” (Matrix, 1999) and Truman Show (Truman Show, 1998), Kabbalah movies (where the aspiration Gnostic transcendence passes by robots, prostheses and servo-mechanisms – the movie “RoboCop (RoboCop, 1987) would be an example, alchemical films (which describe how life emerges from death, the spirit grows from the body and truth arises out of chaos – “American Beauty” (American Beauty, 1999), and “Dead Man” (Dead Man, 1995) are examples of this category.
Wilson also talks about movies with “gnostic flavor,” films that do not address proper subjects of Gnosticism, but contain the spirit or the Gnostic attitude towards reality. A question, as it were, front metalinguistic the real: can be a real plot within a plot? A narrative within another narrative?
The movie “Slipstream” (“A Dream Within A Dream” – portuguese title in Brazil), starring, directed and written by Anthony Hopkins certainly fits that category. Title in Portuguese could not have been happier. Retrieved from one of the lines dialogue of the film, is a reference to a poem by Edgar Allan Poe “Dream Within a Dream, “written when he was 18 in 1827.
As the literature of the nineteenth century Romanticism, the main topics of this film are the conscience “goal” of life and of art itself and the anguish the flow of time. As in Poe’s poem where the protagonist can not hold the golden sand that vanishes between the toes (“O God! can I not grasp/Them with a tighter clasp?/O God! can I not save/One from the pitiless wave?”).
Hopkins is Felix Bonhoeffer, a screenwriter who, next to the elderly, is hired to rewrite a murder mystery. In fact, try to solve plot problems arising from unexpected events in the film production. Felix begins to live in two different worlds that, throughout the film will confusing: the real (the movie’s production and writing the screenplay) and its mind (references imagery of his life mingling with the characters script that tries to write).
With inspiration clearly Linchyan (as Mulholland Drive by David Lynch metalinguistic that deals with the intricacies of Hollywood), Felix faces with killers, wannabe actress and film producers, types suspects that, throughout the narrative, alternate between reality and the world parallel created by the script that tries to write.
The film is a puzzle. With a frenetic editing, there are constant exchanges of color images (black and white, sepia, color), it swaps the order of scenes, deliberate errors of continuity, it swaps the author of the speeches etc. In first half of the film the viewer is completely lost before a apparently random collage of scenes. It seems a film that has not been edited (This seems to be the purpose, since it is producing a film that does not ends).
The Romantic Irony

Once, the writer and researcher Stephan Hoeller said that every serious artist was already, unknowingly, through Gnostic. The survival and the constant “revivals” of gnosticism certainly are due to the parasitic character of a certain awareness or Gnostic attitude in the face of existence. A sort of conscience goal. In the case of art, the intrusion of the author figure in the literary work, ie, character self-reflexive awareness of the game and work on the project. This is the main characteristic of Romanticism: the “irony”:

(…) The romantic irony does not end in mere interruption of the narrative flow with the narrator addressing the reader. It is much beyond that, a feature that is intended to stimulate a constant discussion and reflection about literature – a process which necessarily involved the reader. This participation is achieved in that the writer destroys the illusion of verisimilitude and lays bare the character’s fictional narrative, drawing the reader’s attention to how the text was constructed. (VOLOBUEF, K. Frestas and Edges. The prose fiction of romanticism Germany and Brazil. São Paulo: Editora UNESP, 1998, p.99.

This attitude or awareness goal (self-reflective) to see both reality and art that attempts to represent reality as “construct” (contrived) seems to be the dominant theme of the movie “Slipstream”. Insofar as the protagonist confuses the script and all its reference film (as the classic “Vampire of Souls”) with reality itself (the production of a film), Felix, astonished, at a threshold of self-reflection: is life a screenplay, where, within it, produce new script? Or, rather, to produce scripts, artificially, we represent an unattainable reality?
This is the anguish that pervades not only the movie “Slipstream”, but all the romanticism of the nineteenth century: the anguish that we have lost a full relationship with reality, an uncomfortable sensation of hiatus between man / world experience / representation. The use of literary irony (fictional works with constant self-reflection narratives, bringing uncertainty to both the protagonist and the reader about what the point of view of the story being told) is the reflection of a gnostic awareness about the existence: the mistrust artificiality of much of art as the actual reality that we want to represent. 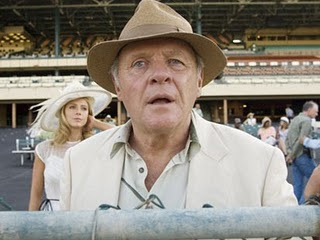 The film’s protagonist constantly repeats plans stunned, eyes wide and mouth open, helpless, watching the flow of events, frenetic editing and constant changing of the narrative voice. Felix tries throughout the film, without success, to understand or capture the flow of time. Fundamental anxiety of art: as a static representation can capture the flow of time? As in Poe’s poem, like holding hands between the golden sand which ruthlessly fades?
The visual arts, through photography and film, it seems that fundamental anxiety that drives the technology of images. But when the film reaches its artistic and technological maturity and repeat the same phenomenon in the literature when it came to its climax: the anguish of self-reflection, metalinguistic the limitations of artistic representation in apprehending the flow of time and reality.
But that consciousness (or unconsciousness) Gnostic raises a suspicion deeper: what if this very flow of time is a cruel deception, a constructu in which we are caught? Just as Felix Bonhoeffer or Edgar Allan Poe in his poem, we would be stuck in this failure is that the cosmic flow of time?
This Gnostic flavor present in the film “Slipstream”, this encounter between cinema and literary romanticism, makes us understand why the survival of Gnostic questioning throughout history: in addition to the cosmological and theological questions made by its thinkers , Gnosticism can not be limited to two dimensions of the paper. It goes further, in a constantly renewed attitude of irony and self-reflection on life and art.
Above, the Edgar Allan Poe’s Poem:
A Dream Within a Dream

Take this kiss upon the brow!
And, in parting from you now,
Thus much let me avow
You are not wrong, who deem
That my days have been a dream;
Yet if hope has flown away
In a night, or in a day,
In a vision, or in none,
Is it therefore the less gone?
All that we see or seem
Is but a dream within a dream.

I stand amid the roar
Of a surf-tormented shore,
And I hold within my hand
Grains of the golden sand
How few! yet how they creep
Through my fingers to the deep,
While I weep – while I weep!
O God! can I not grasp
Them with a tighter clasp?
O God! can I not save
One from the pitiless wave?
Is all that we see or seem
But a dream within a dream?