In Search of the Negativity of the Sacred 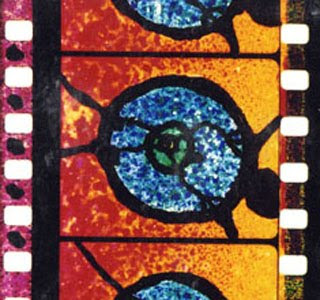 We should look at filmic experience the moments when the narrative does not return to order, where conflicts are not reconciled, where the film’s final sequences are not part of a whole (return to order), but leave the viewer cognitive gap, ambiguity .

For this blog the concept of the sacred must be sought from the reference of a negative theology. Why?

We saw the beginning of this century a wave of documentaries and fictional films that speak on behalf of a sacred experience, spiritual journey of self-knowledge etc.. he or she goes against the universe of self-help and New Age spiritualism, or more philosophically prepared, speak of a unification between science and religion and the unification of all dualities present in scientific or religious discourses.

The problem is that both this conception of the sacred associated with spirituality and the discourse of criticism of the dualism of science and religion start from the same theological matrix: Positive Theology. Unlike metaphysics, theology, as we know, believes in the transcendent reality as existing. And this transmundo sacred or divine can only be a full, before the individual existence. While this has a discrete existence marked by death, that is eternal, and therefore true.

Other than that, metaphysics bring potential negative elements for the formation of a negative theology. Let this distinction between metaphysics and theology made by Eduardo Losso from a text of Adorno:

“The difference between metaphysics and religion is the fact that not apply to a personal God or a transcendent element exists. Is not a science, rather, try to think something “behind the world”, or another hidden world, stressing the difference between essence and appearance. If religion has a divine essence and absolute metaphysics thinks the problem of the relationship between this earlier sense, this essence to the world of appearance. (…) The metaphysics does not posit a deity and not give it a shape as theologians .(…) Adorno is unapologetic defense of metaphysics, precisely in this aspect, stating that it qualifies as not content with what is, not to say that what is not there. If religious need the confidence to assert the existence of non-existent, the metaphysical and more realistic and idealistic, so even refusing illusions, would the non-existent without affirming it. “(LOSSO, Eduardo Guerreiro and B. Negative theology Adorno – The secularization of mysticism in modern art. PhD thesis Faculdade de Letras da UFRJ, 2007, p.112-3)

“Do you want the non-existent without affirming it” is perhaps the essence of Negative theology that opposes the positivity of both theology and the sacred. The positivity of both science and religion start from an order above (all divine or natural) already exists, while the science (by the method) carried it, or religion (through faith) Have the experience of the sacred. In this sense, Sacred shall mean a mystical experience or faith that takes hold of the individual, causing him to glimpse her connection with the whole or the Truth.

Instead, the “want the non-existent without say so,” we have a reversal of both metaphysics and theology, the denial of all before the actual experience of the individual. The negative experience of the sacred becomes not the annulment of the individual to connect with a whole ( “we are all a” totalitarian slogan of New Age spirituality), but unlike it, can only be a painful experience of breaking away from a all false and inauthentic. While religion gives a supposed security that we are backed by one who comforts us all, negativity brings sacred about the idea the pain and discomfort of the individual to forcibly integrated wholes or systems (social, political, religious, metaphysical, etc.). .

Search the negativity of the experience of the sacred is to seek those moments where the individual raises the malaise in the world in terms of the concept (gnosis?). Vanish points, times when we sense the absence of all simultaneously authoritative and comforting. These are those moments of rupture and transformation originated in altered states of consciousness: suspension, paranoia and melancholy. While the positive moral conscience, religion or simply common sense qualifies the individual pain and limitations of potential errors, sins, weaknesses, this is precisely where, in the apparent nihilism, the denial of any totalizing sense that is the real wild ride . There where everything seems to indicate instability, failure is the true transcendence where the spirit yearns to raise their physical existence to a supra-reality does not yet exist.

The experience of the sacred in this sense is much more the individual desire for transcendence of transcendence existing elevation to an extent already pre-existing individual. Like negative theology asserts the existence of God by his denial ( “If God is absent is because there needs to be if it did not exist could not be absent), the negativity of the sacred denies transcendence already existing in the name of desire by a supra-existence that does not exist.

Speaking of the sacred that invades television and film production on immanence confused with transcendence. Productions such as “We Are All One”, “Who We Are” sell a purported transcendence to talk about finding a purpose, meaning in life, connecting with a whole cosmic consciousness. This abstraction can only be that of the total well-known (market, society, corporation, etc.). To which the individual must necessarily be integrated, overcoming their “fears” and “limitations”. Therein lies the critical aspect of the negativity of the sacred: the desire for transcendence can only mean a break with these wholes.

Therefore we must seek the filmic experience the moments when the narrative does not return deposits, where conflicts are not reconciled, where the film’s final sequences are not part of a whole (return to order), but leave the viewer cognitive gap, ambiguity. Where the experience of returning to reality after the lights were lit in the exhibition hall is not a comforting harmony after seeing players who have left the desirable possible reasons for resignation in relation to individual life. Moments where the individual unease about the world is large and the concept is expressed through the alterations of consciousness (sleep, paranoia and melancholy) that is a possibility of an existence entirely