“Neon Genesis Evangelion”: The Rise of Gnosticism in Japanese Animes 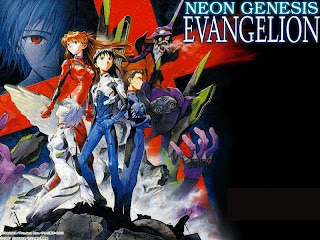 Just as the Western Eastern religions absorb the exotic style and fluidity, Asians appear to adopt the Abrahamic traditions. Such mythological traditions seem to translate best dystopian worlds and ultra-violent futuristic battle of the narratives of “Anime” Japanese. Neon Genesis Evangelion, for example, is a veritable encyclopedia of classic themes of Gnosticism, where man confronts insane gods and indifferent in the scramble for the remaining elements of the origins of the cosmos. 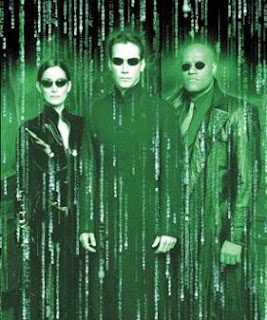 In all Gnostic epics, these mythopoeia tend to overlap, just as they may suddenly materialize and vanish in the cosmic plotlines. Like the dream world language of mythology, roles and symbols often shift in the fool’s errand of understanding human existence, even, in the case of Anime, they are surrounded by prismatic special effects, purgative gore, and wanton sexual imagery.
There is one new element that permeates the Four Myths very relevant to Gnostic Anime and Speculative Fiction. In their struggle to understand what truly defined humans and their destiny in the cosmos, the Classic Gnostics cogitated on the tripartition of man—matter, mind and spirit. Contemporary Gnosticism weaves into this triad The Machine—advanced technology, artificial intelligence, cybernetics, virtual reality, etc. The Machine adds a deeper philosophical component, as gods make man and man makes The Machine, and all three frequently find themselves wondering who is in control and who really exists in each other’s perception. The Matrix Trilogy and the writings of Philip K. Dick certainly focus on this modernist Gnostic dispensation.
Here is some of the major Gnostic Anime:
Neon Genesis Evangelion: Humanity battles angels not only for its existence but its very soul. On the surface, this is blatantly Gnostic. Further on the surface, this is the typical Anime boilerplate of a post-apocalyptical world, dueling giant robots and teen-angst drama. But Neon Genesis Evangelion harbors an even deeper stratum of Gnostic themes from various schools (Classic, Jungian, Dickian and Kabbalah).
The origins of humanity are very similar to the Gnostic Valentinian cosmogony, where the fall of Sophia from The Pleroma creates the universe and its denizens. In Neon Genesis Evangelion, Sophia is replaced by a being called Lilith, whose material remnants are discovered in Antarctica and then safeguarded by modern man in Japan, deep underneath Tokyo 3. Soon afterwards, civilization suffers Judgment Day when another being called Adam (echoing the heavenly Adamas of Gnosticism, Manichaeism and Kabbalah) somehow crashes into Earth. Half of mankind is destroyed, and the survivors are forced to live underground. Global warming and other cataclysms cripple the planet’s resources. A despotic one-world government rises from the ashes.
And then come the Angels to make matters worse.
These creatures seek to retrieve the remains of Lilith and Adam from the clutches of mankind, since they are also their primordial Mother and Father. The Angels want the same thing the leaders of humanity want—reintegration with Lilith and Adam in order to create a collective, godly consciousness that will rule supreme. While human scientists attempt to unlock the essences of Lilith and Adam, they also utilize part of their titanic bodies to create monsters called Evangelion units (or Evas) in order to repel the divine invasion. Evas appear like the stereotypical sleek, giant robots but are actually bestial demigods that can conjoin their sentience with human agents. This all makes for grandiose yet brutal battle scenarios that further ravage civilization, since the Angels don’t incarnate on Earth as winged dandies but more like Lovecraftian nightmares.
Only certain gifted youths can pilot the Evas; and they all happen to be dysfunctional 14 year olds. The main protagonist is Shinji Ikari, a tortured adolescent who not only becomes the savior of mankind but a cipher where many psychological and existentialist dilemmas can be funneled through. His sister-wives are the tempestuous Asuka Langley (a red-headed Mary Magdalene symbol) and the astral Rei Ayanami (silver-haired, mystical Sophia symbol). These youths not only undergo several classic stages of human and hero growth maturity, muddled by their underdeveloped spiritual and physical love for one another, they represent the confusion of those losing innocence in a world of not only insane uncaring adults but insane uncaring deities.
Neon Genesis Evangelion pushes all envelopes of Gnostic exploration throughout phases of brutal eschatons, torn and tangled realities, and psychological character studies of post-industrial alienation through extensive internal monologue, all bathed by the stench desperation from a doomed civilization. The series also takes the audience into the borderlands of insanity and theological wastelands through a cast of jaded and often supernatural characters that storm the anti-heroic trinity of Shinji, Asuka and Rei (and their psyches eventually being absorbed first into the Evas and later into the Angels themselves). From surviving the false realities of high-school to traveling the heavenly planes to battle pre-Creation horrors, Neon Genesis Evangelion is an encyclopedia of Gnosticism. All of this is sandwiched between the potential of the human spirit to reach unattainable heights to the sheer terror the universe and its paradises have prepared for humanity’s short reign.
Facebook
Twitter
WhatsApp
Telegram
Email