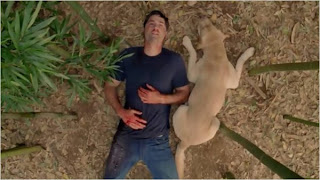 Lost ends with fans divided: on one hand, those who felt betrayed by the writers of the series and the other, those who do not bothored with puzzles not explained by the series. But the interesting thing Lost is not in cartesian anxiety for solutions that could solve the script to the end, but the great symbolism and mythologies that arise precisely in those gaps in the narrative.

Of all the discussions on Internet forums and groups for fans of American television series Lost, opinions are divided roughly into two trends: the first saw the series as a great writers’ scam: polar bears appear in rainforests , Egyptian hieroglyphics that appear in the ruins of an ancient civilization on the island, the Others who spoke in Latin, polar bases speaking in Portuguese, etc., all puzzles and numerous others were released without explanation in the plot. The final solution is indeed expected, that all were already dead (suspected flashfowards expanded with the sixth season), seemed a Deus Ex-Machina “(term for arbitrary, nonsensical or plausibility in the narrative, to resolve dead- found in scripts exit misguided).

The second argues that the trend should remain mysteries, they were part of the charm or the assumptions of the series Lost. The mysteries left without explanation just did emphasize that the riddle of the island is very old, as old as mankind itself, therefore, impossible to be explained in six seasons in a television series. Indeed, the denouement (or the final question from Jack: “We’re going where?) Would be just the tip of the iceberg, the visible aspect of a cosmic story that goes beyond human comprehension. In summary, the mystery behind this enigmatic church where the protagonists of the series come together in the end, apparently a Catholic, but the stained glass windows (with the symbolism of all the main currents mystic-religious – Christianity, Islam, Judaism, Taoism, Buddhism etc.. ), a particular church, the ecumenical character (see picture below). Let’s forget, so all the little mysteries and riddles posted throughout the seasons of the series (indeed, it is living the screen writers). Let us put aside our tendency cartesian want a screenplay to exhaust all the explanations and close in on itself. We will concentrate on major archetypes and symbolism works by the series: characters stranded on an island trying to escape, each with a past from which they also wanted to escape, to forget. All together synchronously on a flight that will not end. A crash will make them fall on an uncharted island somewhere in time and space. All (the island and their lives) in a sleep state.

We are dealing with an archetype of the Gnostic TRAVELER, altered state of consciousness that will enable the gnosis (lighting) through the state of the suspension (revocation of rational thought, something close to the mantra or meditation). Jacob, Desmond, Locke and in the end, Jack, were believers, renounced their rationales for engaging in repetitive mantras to “save the world” (push buttons, defending caves with lights etc.)..

In episode 16 (in my opinion the most important of the entire series because summarizes the genesis and comogonia Island), we have the strong symbolism of Gnostic Light and the cosmos that imprisons everyone. Children of a mother killed by the Demiurge (a woman who holds the secret of light that keeps the existence of the island) are trapped on the island. Her stepmother tries to keep them at all costs on the island saying that nothing exists outside it. Like the Gnostic mythology, the cosmos is one that imprisons us constructu consisting of empty forms set in motion by the particles of light present in every human being. When the stepmother has the mystery of the Island (Light confined in a cave that holds the existence of the Island) says: “This light is also within each one of us.” Everything’s brother Jacob wants is to “go home”. He discovers that this island is not the place (like humans in the physical cosmos) and joins a group of “scientists” (“men who are concerned to know how things work”) who want to steal that Light (open the “cork” which borders on the island at all).

Here begins a new archetypal symbolism explored by the series: Gnosticism vs. gnosticsimo cabalistic alchemy. As discussed in previous post (see below links to related posts), the Gnostic narratives symbolize this anxiety in human flesh to transcend and overcome physical limitations and existential spirit. Two solutions are presented: on one side of techno Kabbalistic link (the “tecnognose”) represented by the series Dharma Project and manipulative claims of his brother Jacob and antagonist (the “black smoke”) to escape the island from the moment that able to sink it (erasing the Light of the “heart of the Island”). The past has to be simply discarded, forgotten. The flesh, the physical existence, it should simply be ignored and discarded, with nothing to learn from your memory (pain, suffering, etc.)..

On the other hand, the transcendent alchemy: Jack in the end restores the Light on the Island, shortly before his death. Simultaneously, in flashfoward, revealed by his father the truth: they all died (each time) and met unconsciously that kind of parallel existence (or limbo). Each one has lived the most important period of his life on the island, all together. Thus, as explained by Jack’s parents, all are there together, living in that limbo, to remember and then forget. They must understand the past (forgive each other, for example, as it did with Hugo Linus) to proceed forward, overcoming and continuing in their spiritual journeys.

As in alchemy where the matter should be redeemed and not simply discarded in Lost are all in a suspended state waiting for the moment of enlightenment (gnosis) that, as we have seen, appeared at times as intuitive flashes, deja-vus. The illumination came from the redemption (understanding of what happened on the island). The mere destruction of that island, as desired by the “black smoke” no, would provide this understanding.

Summarizing: the penultimate and final episodes of last season for at least managed to tie loose fragments of Gnostic elements throughout the narrative (multifaceted reality, reality seen as a constructu, suspension, paranoia, confusion between reality and psychic projection etc…)

Therefore, the interesting Lost in anxiety is not the Cartesian solutions that could solve the screenplay to the end, but the great symbolism and mythologies that arise precisely in those gaps in the narrative.