The Negative Dialetics: The Gnostic Adorno 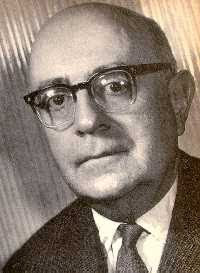 When reading the two threads of Negative Dialectics Theodor Adorno (“Experience Metaphysics and Happiness” and “Nihilism “) we find a critique of vulgar religiosity approaching the concept of transcendence to the search for a “meaning of life.”

In the book “Negative Dialectics” Theodor Adorno, the author breaks with the past “apocalyptic” in discussions on the cultural industry to seek alternative “wholly other”, the search for transcendence of a false totality that surrounds us. To this end, a decisive part Adorno critique of Hegel’s dialectic positive (transcendence through the synthesis of an Absolute Spirit), to propose the foundations for a “Negative Dialectics”: the rescue of the experience of the individual, concrete and individual by means of a dialectic that does not settle the particular through universal concepts. If at all Western philosophy that identify the particular settlement on behalf of Universal, Adorno proposes to redeem the individual experience, bringing substantive metaphysics through a negative dialectic which denies the formation of concepts to grasp the experience. For him, the abstract concepts are nothing more than reflections of a whole be false by abstract (commercial exchanges, religion deteriorated, etc.) that kills any possibility of otherness and truth.
In the everyday world of this particular settlement is experienced as the universal suffering and malaise. This scenario will increasingly spread ideas that aspire to a common impulse for transcendence:

“The desperation so there propagates ideas transcendental, which were contained in other times. Anyone unclusive those dealing with the affairs of this world, a raving consider the idea that this finite world of endless torment is subsumed by a universal divine plan “(Adorno, Negative Dialectics La. Madrid: Taurus, p. 375.)

For Adorno the question of “meaning of life” is a secular metaphysics, that is already contaminated by the very nature of the world who want to question. The question will get a “false response” this religious impulse that aims at transcending the vulgar misery reigning only reproduces itself overcome all you want to enthrone a new whole. It’s like jumping from the frying pan into the fire to fall. Given the totality of the inauthentic world market, the answer looks for a new injection of a sense of reality empty, ie, a new universal search that will continue liquidating the authentic experience of individual uniqueness.
Adorno refers to this experience as “subjective immediacy intact” or “subjectivism of the pure act”, an experience that would give us the “inside of objects,” Redeeming the metaphysical materialism through that finally reveal the truth of the world. It is a kind of inverted theology where the redemption is less than the escape of the spirit toward the Absolute than the rescue of the Absolute within the objects of the world.
Adorno exemplifies this sacred moment with the reconstitution of Proustian experience. What Proust discover in his book “In Search of Lost Time” are unique experiences drawn from small places and prosaic events, but who desire the universality spontaneously, not by force of concepts that abstract from the concreteness of the facts but the strength of individual, unrepeatable.
The Gnostic Nihilism
If life does have meaning, we would not be asking for the meaning of it, says Adorno ironically. Given the fascination with the concept that Whole matter contains, Adorno contrasted with the praise of nihilism: the search for meaning is paralyzing to freedom and happiness. The attacks of conscience against nihilism, Adorno says, nihilism does not mean “believing in nothing” because it means believing in something and not believe in anything. That something, so it is completely other, something beyond all this world, now absent from sense, as the nihilistic and self-criticism that leads to Nihilism:

“Nihilism in this way implies the opposite of identification with nothing. Your Gnosticism sees in the created world radically wrong, and the denial of the possibility of another, yet you have to be. While the world is what it is, all images of reconciliation, peace and tranquility resemble images of death “(Adorno, Negative Dialectics, Madrid: Taurus, p. 381).

Here Adorno identifies the Gnostic nature latent in his Negative Dialectics. For him, it is no longer denying through existing ideological criticism (in its underlying critical phase of the culture industry). The denial by the critique of ideological illusions (fetishism, reification, etc..) Collides with the radical nature of evil in this reality. There is no externality for the critics. Being and Totality are meaningless since they are constituted by a series of abstractions that do violence to individual happiness and authenticity of the unique experience. The dichotomies of mere ideological critique rationalists (true / mentiral / real illusion etc.) can not give an account of nihilism ever present in the material world. Thus, for Adorno, the critique should be Nihilistic and Metaphysics aspire to the third element, the tertium quid of the Gnostics: neither illusion nor reality, but the Wholly Other.
Therefore, extrapolating this approach is that Adorno between experience and metaphysical nihilism, the real experience of the sacred or gnosis does not come from the sudden discovery of a “sense” or a “plan” or “purpose” for the mere daily existence. Beyond that metaphysical impulse vulgar, Holy is the sudden discovery of the empty fascinating and vertigo to feel that the illusion is reality.
Who was Theodor Adorno: considered the leading exponent of so-called Frankfurt School, Institute of Social Pesquiss which met between 30 and 40 decades of the twentieth century, among other names, Max Horkheimer, Herbert Marcuse and Walter Benjamin. Systematized the Critical Theory of Society, conceptual framework involving not just the critique of media as cultural industry, but also the critical review of the Western Enlightenment philosophy.
Facebook
Twitter
WhatsApp
Telegram
Email