Why Gnostic Movies Are An American Trend? (Final Thoughts) 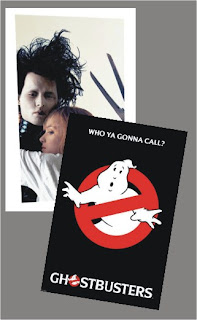 While the Fantastic in the Old Continent has always been associated with the artistic avant-garde, the U.S. will permeate the forms of popular culture came in the twentieth century, creating a “sub-zeitgeist” represented by a whole literature of comic books, magazines, pulp fictions and filmic genres like sci-fi, horror and fantasy. The process of mass fantastic culminates with Gnosticism pop movies like Matrix and Thirteenth Floor where gnosis associate with the new computing technologies.

Continuing the previous post (click here to read), we reach the following conclusions about the marked differences between Europe and the United States not only about the developments of the elements of the Fantastic in art as the destinies of several Gnostic movie:

1 – While in Europe the Fantastic was always associated with great artistic and literary avant-garde (Romanticism, Gothic, Expressionism, Surrealism, German Expressionism in film etc..) In the U.S., by contrast, the Fantastic from the start associated whether popular cultural forms (Puritan narratives about miracles in everyday life in the eighteenth century, bizarre or sensational stories in magazines and pocket books of the nineteenth century – which will equip authors like Poe and Emerson – rebirths mystical / religious as Mormons and “Shakers” at the turn of the century, again the Fantastic in comics and pulp fictions in the 40 and 50 and the new religious mystic rebirth in the 60s with all utopianism and communalism.

2 – If the Great Art in Europe was identified with elements of the Fantastic, different from that in the U.S. the major artistic events in general indificaram with the realistic narrative with a strong influence on journalism as Ernst Hemingway, Mark Twain, Truman Capote etc.. Indeed, the whole process of rationalization of American culture just confining the Fantastic basically three different popular genres: science fiction, horror and fantasy. Thus, it creates a kind of “sub-zeitgeist” popular, as distinct from High Art, which will go through the whole underground culture of that country until last explosion mystical-religious ’60s. Thereafter, the Fantastic will proliferate in video-games, role-playing games, interactive game web etc..

3 – Within this cultural process of rationalization, Fantasy has always been represented as an illusion, a dream, where a strategy of a character another trick to make him believe he lost his mind. From the ’70s (as a reflection of the room “Great Awakening” mystical psychedelic 60s) the film begins to explore these elements of the fantastic in a serious and sophisticated:

“American films of the post-Star Wars begin to show interesting, sophisticated and ironic images. The 80s saw, for example, a furious Babylonian god trapped in a cold apartment in New York, without benefit of rationalizing a plot in the movie Ghostbusters (1984) Ivan Reitman, written by Dan Ackroyd and Harold Ramis; also saw the postmodern zombie mannequin in the movie Beetlejuice (1988) Tim Burton written by Burton and Caroline Thompson; saw the tragic story of the boy metal Scisorhands Edward (1990) by the same director and written by Michael McDowell. In all of them noticed a change in form and trans-formation and designed especially with the emphasis more on
technology than on the metaphysical dimension of the phenomenon “(Nelson, Victoria. The Secret Life of Puppets. Havard University Press, 2001 p.97).

4 – In addition to stage European Gnostic cult films (such as Zardoz starring Sean Connery and The Man Who Fell to Earth with David Bowie in the ’70s) in the U.S. mix Gnostic (religious, mystical, alchemical and esoteric) comes to Hollywood mainstream in 90s in popular movies that will compose the model of Gnosticism pop whose films like Matrix represent the culmination of this trend.

5 – The fourth “Great Despartar” religion and mysticism converge with new computer technologies as demonstrated by Theodore Roszak. Gnostic Movies of the 90s will represent this utopian encounter between technology and transcendence gnosis in emblematic films like The Thirteenth Floor and The Matrix. We could propose the hypothesis that the popularization of “sub-zeitgeist” gnostic-mystic-esoteric is rationalized by Hollywood. Unlike the past, the Fantastic is removed from the confines of traditional genres (science fiction, horror and fantasy) to emerge as a drama in movies like The Game (1997) or as a western Dead Man (1995). But the price to be paid is the emphasis on gnosis in technology, placing in the background metaphysical or philosophical aspects

6 – With the crisis of the dot com companies in 2000 and reflux of a whole messianic imagery of the Internet and new technologies, as well as the crisis of self-help technologies inspired by computational models (self-knowledge as a process of reprogramming Software cerebral), we have a new way open to the elements of the fantastic within the Gnostics movies for the masses. In this century we have the recurring question of the “technologies of the spirit” (self-help and self-knowledge) and a new approach to gnosis with no more emphasis on technology but as an inner journey of the protagonist confined in hallucinations, delusions and divisions esquizofrências induced a Demiurge. The list of films Gnostics is extensive, but we can highlight the following examples: the powerlessness of psychiatrists in Stay (2005), Shutter Island, (2009) Identity (2003), the perplexity of the therapist and pedophilia author’s self-help books in Donnie Darko (2001), the manipulative therapy as digital erasure of memories in Eternal Sunshine of the Spotless Mind (2004), the failure of technology the company that sells “lucid dreaming” by not providing the irruption of the unconscious in his client in the film Vanilla Sky (2001). In all these films the intimate process of reform should not be confused with self-help and spirituality, opening room for a metaphysical emphasis to gnosis.