Why the Gnostic Movies are an American Trend? 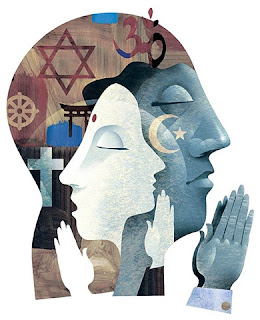 The fact that the film be a Gnostic tendency eminently American is the result of a peculiar mix of religion and mysticism with origins in popular literary forms in that country since the eighteenth century Puritanism passing through periodic revivals of religion and mysticism as Mormons and Pentencostal at the turn of the nineteenth century to the techno-mysticism originated in the 60s.

In any discussion of cinema, when I explain the existence of the film Gnostic (the existence of a trend of films which feature is the recurrence of themes inspired by the mythical narratives of classical Gnosticism and its variants and eclecticism – alchemy, esotericism etc.). A question arises : why the overwhelming majority of films Gnostic comes from the American cinema and Hollywood? Actually, this question is contained two questions: first, why the United States and, secondly, how these narratives Gnostic, who have messages of rebellion and mistrust of the status quo, can reach the mainstream Hollywood? Synthesizing: why the United States alone we find this phenomenon of “gnosticism for masses”?
Answering these questions requires understanding the history of the broad genre of fantasy literature and the different destinations in Europe and the United States and with a complex series of migrations from one continent to another.
We understand that the first flowering of Gnosticism in modern times (in the fantasy literature that incorporates elements of the supernatural, the grotesque and nameless) was in the Romantic era between the seventeenth and eighteenth centuries in Europe. This revival comes at a combination of speculation and pragmatism esoteric Gnostic esoteric in Romanticism. Figures such as William Blake and Percy Shelley drank in Gnostic sources, kabbalistic and alchemical, challenging the status quo. We understand how narrative of Romanticism as a revolt against the rise of rationalism in the eighteenth century.
In this period we find in Europe the second variant of fantasy literature: the Gothic. Its Victorian ghost stories may have been the first form of fictional literature to penetrate the popular culture.
In Europe, this great and romantic literature, especially in France and Germany, will serve as a vehicle for the advancement of artistic vanguards such as Surrealism and Expressionism. In cinematic terms correspond to the period and European Cult Movies Gnostics, as described by Erik Wilson (“Secret Cinema: Gnostic visions in film”). For him, Gnosticism European cinema has gone through two very different periods: the first car period we have movies that are “reactionaries warnings” against the Gnostic desire to transcend the subject (The Revenge of the Homunculus – Otto Rippert’s, 1916 – on the tragic consequences an alchemical experiment unsuccessful; The Golem – Paul Wegener’s, 1920 – showing the tragic results of Kabbalistic magic).
The gnostic themes return later, this time through film non-commercial or labeled as cults that endorse values that ancient heterodox films condemned. Blow Up (Antonioni, 1966) is an exploration of the Gnostic as culture consumed by appearances supplants reality. Confusing form and content through a narrative highly ambiguous and hallucinating that bothers both the film’s characters as the audience, 8 ½ (Fellini, 1963) explores the Kabbalistic belief that a human ideal can be achieved by the device, the creation of Adam kinematic; Zardoz (John Boorman, 1974) a true gnostic fable where in a post-apocalyptic future, the protagonist attains enlightenment to discover that he believed in God (Zardoz) was in fact an artificial creation of an elite imperfect and decadent, and The Man Who Fell to Earth (Nicholas Roeg, 1976) presents an alien who comes to Earth looking for water for his dying planet. Unable to fulfill its mission ends prisoner of a network of corruption in a corporate America. Different from old movies, these films Gnostic cults criticize the status quo, suggesting that postmodern culture is a desolate world of illusions that produces conformity. 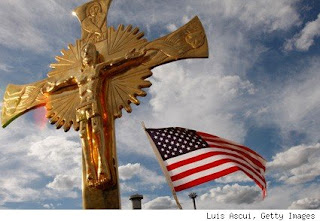 The American Religion
Meanwhile, the United States, the fantastic and the supernatural can be found almost entirely in the popular cultural forms. It has its origins in the so-called “Providences” (Puritan anecdotal narrative forms that described the miracles that illustrate how the divine manifests itself in everyday life), stories about African conjures and bizarre facts and present scandals in tabloids, magazines and paperbacks. In a brief moment in the high North American literature (in literary period called the “American Renaissance” in the early nineteenth century) that the fantastic and grotesque amalgam of popular culture would provide inspiration for great writers like Poe, Dickson, Emerson and Hawthorne.
Victoria Nelson, describing the “strange story of the Fantastic U.S.,” notes that the religious fervor and mystic suffers constant revivals:

“The Great Awakening in the mid-eighteenth century has been accompanied by at least three other embodiments according to Robert Fogel: the second at the turn of the nineteenth century, with religious and philosophical implications of Transcendentalism in high literature but also in the many manifestations of popular literature, including the Spiritualist movement, Theosophy and new religions and cults like the Mormons and the Gnostics “Christian Scientists” and “Shakers.” The third Great Awakening, Fogel says, occurred between 1890 and 1930 and we are still in the middle of the quarter that began in the 1960s “(Nelson, Victoria. The Secret Life of Puppets. Havard University Press, 2001, pp. 76-7 ).

All this religious and mystical amalgam resulted in what Harold Bloom called “American Religion”: Gnostic strain that originated in a combination of sulismo Baptist, Pentecostal and Mormismo advocating a kind of “self-deification” through a personal encounter with the Sacred.

“Joseph Smith describes these sacred novelistic adventures in the Book of Mormon, to produce, as John Brooke has observed a particular Americanization of theology Renaissance to join aspects of hermeticism, Gnosticism, alchemy and magic to produce a popular ‘totally full’ alternative to Christianity “(Nelson, Victoria. IDEM).

Robert Fogel noted as well, we’re in the middle of the fourth awakening mystical religious American utopias originated in primitive and tribal acid rock and psychedelic ’60s. A peculiar reading Zen-Taoist mysticism of nature, a revival of the myths of the Earth and the praise of their natural cycles, combined with a Christian socialism, communal myths and, paradoxically, combined with the push of transcendentalist hallucinogenic journeys and altered states of consciousness.
Associated with the slight movement of Gnosticism in science from the universities of Pinceton and Pasadena during World War II, the principle among physicists, cosmologists and biologists, then spread to other areas, mainly through the theory and cybernetics information, we have the appearance of a typical American phenomenon: the Tecnognosticismo. That is, the mystical belief technophiles and the possibility of transcendent experience and experience the Sacred through the development of communications technology and information. As Theodore Roszak said ironically, is the technology as “shortcut to Satori” technology as the quintessence of overcoming the human condition (finitude, contingency, mortality, physicality and existential restriction) without the need for discipline, meditation and asceticism.
Great Awakening in this room we have, finally, the meeting of the whole tradition of “American Religion” in the sense given by Harold Bloom, with the strength of the techno-industrial complex U.S. military.
Gnosticism for the Masses
Since the popularization of techgnostics technologies and radical change of all sensory and perceptual environment with everyday devices such as Internet, graphical interfaces, virtual reality etc.. we have a new sensitivity to religious and mystical. On the one hand, we have the personnel autodivinização search for the sacred replaced by technologies spiritual self-help (represented by different means of film and audiovisual productions), and secondly, the popularization of the myths of classical Gnosticism not only to make a critical reflection on the fate of man before the tecnognose (Truman Show and The Matrix as examples) how to address particular forms of gnosis which are distinguished from self-help (Stay, The Fountain etc…)
As we have seen in a previous post (click here to read), this fourth Great Awakening produced a split in the resurgence of Gnosticism in the twentieth century: on one hand the Kabbalistic Gnosticism (represented by the Faustian pursuit of technology as a faster way to search for the post -human and the absolute transcendence of the spirit and quick compared to the prison of the body) and on the other, the Alchemical Gnosticism (the belief that the matter should be redeemed and not simply overcome and that the termination of this technological vision is more a Faustian shape of the Demiurge imprison humans in the illusions of the material world).
Surprisingly, this locus has been the production thematization recent Hollywood movie. This observation leads us to one final question: what makes directors and producers of the film industry to have this sudden interest in Gnostic thematic universe, particularly the alchemical? Why are these mythical narratives of antiquity were stranded in the synopses, scripts and the tables of mainstream Hollywood film producers? Why Hollywood embrace this particular Gnostic view that questions technoscientific Gnosticism?
A clue to begin answering this question may lie in considerations of Boris Groys on a “metaphysical turn” of the recent Hollywood production: gods, demons, aliens and thinking machines encountering heroes driven mainly by the question of what can be hidden behind the perceptible reality. This theme would hide a metaphysical claim self-referential. Movies like Matrix or Truman Show thematize own media production. We consider the real heroes of these films as media critics.

“Hollywood, therefore, reacts to suspected manipulation aesthetics that it is addressed to reactivating a metaphysical suspicion even more ancient and profound – the suspicion that the world could be a noticeable film shot on a remote metahollywood. In this case, Hollywood films would be “more real” than reality, as it usually does not show nor the artificial character of its own or what is beyond him. The new Hollywood movie, instead, shall, to reflect on their own procedures, a new metaphysics that interprets the act of creation as a studio production. “(Groys, Boris.” Gods Enslaved – a metaphysical twist of Hollywood, “In: More! Folha de Sao Paulo, 03.06.2001, p. 5.)

While the European cinema is concerned, as usual, with “Too Human”, Hollywood entered the current phase metaphysical or self-referential. With the proximity of digital technology involved in the traditional film business by extinguishing its own medium (film), or eliminating its own specificity that distinguishes it before other media, perhaps this time Hollywood be giving an answer to that technoscience the attacks. Perhaps this is the trend towards the metaphysics of the movie business now is to bring to the screen the ancient Gnostic suspicion that the world perceived to be an illusion and that a “metahollywood” high tech is the new Demiurge denounce the scruples of technoscience Kabbalistic – the secret project of combining the film industry with new technologies.