Ad-Gnosis: The Spiritual Engineering in Advertising 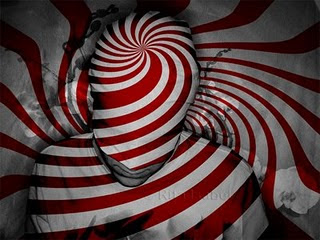 After the advertising reaching the subconscious and behavior with behavioral and subliminal techiniques, and unconscious with the psychoanalytic approaches, we are now the apex with a true spiritual engineering: the “Ad-Gnosis” (Advertising + Gnosis). In addition to the behavior and unconscious, the next target is the very spirit in archetypal approaches increasingly sophisticated in Advertising.
The idea of this post originated in a question raised by a student in the class creenplay Structure in the course of Publicity and Propaganda Universidade Anhembi Morumbi. We were discussing the use of archetypes in the scripts of several advertising films we review. Where, then, stop the movie from mobile operator “Oi” titled “Fashion”. The film compared the fashion of old (who squeezed or restricted in corsets, bodices, etc..) With the current (which cherishes freedom of movement and choice). At the end of the film, the slogan “Freedom is a fashion statement.” The issue raised is the slogan would be a contradiction: but being fashionable is to follow the trend of the majority, so there is no freedom. Immediately came to my mind the “Newspeak” language created by Big Brother in George Orwell’s 1984 dystopia where contradictions were emptied in a banal language (“war is peace,” and so forth). But when discussing archetypes, the issue is more complex than the discussion on plans semantic field of linguistics.

The film’s publicist Oi worked with the archetype of the explorer, focusing on the aspect of his Shadow: the fear of being arrested, confined, limited the possibilities to learn and enjoy new experiences, being alienated and disconnected from others. That is, a kind of atavistic desire (transcend, move beyond etc.) Translated by cellular telephone service, and mainly confined in an adversarial slogan, where the yearning for freedom runs out on the immanence of fashion.

But there is a deeper aspect: a static economic system and cartelized, where products are increasingly similar, the only way to inject energy and élan in the system is through the trapping of the most spontaneous of individuals – Light and Spirit translated by archetypes exploited by advertising. It’s what we call “Ad-gnosis.”

Cartelization of the archetypes
Since the crash of the New York Stock Exchange in 1929 (where the capitalist world economy was almost down the drain) there is a tendency for an increasing monopolization and cartelization of the broad areas of the economy. The price war of a competitive economy (deep reason of the crash of 1929) was replaced by control of prices and demand (the desire for consumption) through cartelization and Publicity. In this new scenario, the products become progressively more and more identical: the management practices, production processes and technology are becoming increasingly similar among firms inside a cartel or inserted into gigantic transnational groups.

The differentiation between the products becomes a threat to the momentum of inertia of the consumer market. Successive strategies are being employed by advertising in order to simulate differences and competition. Of testimony linking celebrities Hollywood star system products, through the symbolic associations of status and prestige, until, in the ’50s and ’60s, to the tactics of subliminal inspiration and even psychotherapy (exploring compulsive, impulse, vicious and psychological dependence) increasingly Advertising has been perfecting a kind of engineering spirit. With Globalization and the radicalization of the concentration of firms in less transnational groups, the tactics of the differences of simulation products on the market necessarily need to become much more sophisticated in risk of all the imagery of consumption (sophistication, competition, technological innovation infinite and satisfaction) between a state of inertia. After reaching the subconscious behavior and behavioral techniques and subliminal, unconscious and with the psychoanalytic approaches, we now have the apex with a true spiritual engineering: the “Ad-Gnosis” (Advertising + Gnosis). In addition to the behavior and unconscious, the next target is the very spirit in archetypal approaches increasingly sophisticated in Advertising. 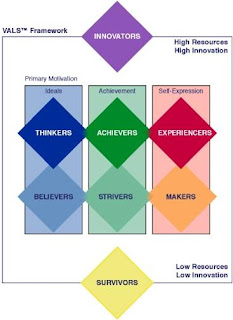 We can identify the origins of the development of engineering in the creation of deep technical VALS (Values, Advertising and Life Style) segmentation, developed in the late ’70s by the American futurist Arnold Mitchell and finally improved in early 1990. The method was based on market segmentation by psychological profiles: individuals would be less motivated by individualistic or behavioral factors and more by ideals, values and lifestyles that could be classified into eight types: Innovators, Survivors, Believers, Thinkers, Strivers, Experiencers and Makers. This guided the publicity seeking “value-added” products such as philosophies, missions, goals, etc.. and no more “hard” style of the imagery of status and prestige.

But it just was not enough. It was necessary to achieve a more “mystical” or “magical” more in tune with the times “New Age” in which we live.

Carol Pearson, PhD in Psychology and Professor of Leadership Studies at Maryland University in the U.S. will find, from the studies of archetypal symbolism of the psychoanalyst Karl G. Jung, twelve models of unconscious symbolism, she said, motivate the human species: Innocent, Explorer, Sage, Hero, Outlaw, Magician, Regular Guy, Lover, Jester, Caregiver, Creator, Ruler. Initially aimed to serve as a tool for organizational engineering tactics, comes to the world of marketing and advertising concepts as guiding screenplays and video advertising as a strategy of creating the image of brands.

In their book “Awakening the Heroes Within: Twelve Archetypes That Help Us Find Ourselves and Transform Our World” (Harper SanFranc bait, 1991), “Magic At Work: Camelot, Creative Leadership and Everyday Miracles” (Doubleday, 1995), “The Hero and the Outlaw: Building Extraordinary Brands Through The Power of Archetypes “(McGraw-Hill, 2001),” Organization Mapping the Psyche: A Jungian Theory of Organizational Dynamics and Change “(CAPT: Center for Applications of Psychological Type, 2003) is clear that human motivation is the primary concern of organizations, business, marketing and advertising.

In Jung’s archetypes are symbols of the collective unconscious, symbols updated by various means (mysticism, religion, legends, myths, until you reach the most mystical of contemporary advertising) where are clumped aspirations, hopes and great metaphysical and existential questions of humankind. Experiencing an archetype is to tune in the network of unconscious meaning, even for brief flashes, like a deja-vu.

In Gnostic terms, archetypes are the manifestations of these particles of light in each one of us that connects us to our true spiritual origins (the process of gnosis), envisaging the possibility of transcendence of the material cosmos constrains.

In Ad-Gnosis these particles of light or spirit is translated as “motivation” as an energy source to be merged and imprisoned in narratives and images that set into motion the imagination of the consumer who is living with the threat of stagnation and entropy: the discovery that in the end, all products are equivalent and that the differences are merely of signs or imagery.

For example, if the advertising films about soap powder housewives are represented by the same cliche characterology (thin, brunette, long hair, around 30 years and even look to suit the child that appears unclean feet to the head etc. .), the archetype is what will capture the “motivation” of the consumer, injecting spontaneity and energy design in static and empty.