Dogs and Archetypes: The Ad-Gnosis in Action 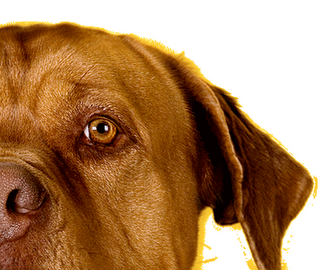 Because they are mnemonic records of spirituality and Light of the species, the archetypes naturally aspire to transcendence. But Ad-Gnosticism (Gnosis + Advertising), like any entertainment industry, the capture and confined within the instrumentality of trade. A prosaic example of the action of Ad-Gnosis is the new video advertising a brand of dog food.
In previous posts we approach the concept of Ad-Gnosis to indicate a new phase that advertising is going where, paradoxically, the product tends to disappear from the ads, making it much less something to be gained from such event to be experienced, journey , discovery and personal renewal.
We saw that the techniques of persuasion and persuasion in Advertising went through several phases (tactical psychological, behavioral, motivational, subliminal, psychoanalytical, etc..), But all of them, was an implicit imperative: “Here is the product. Now buy it! “With Ad-Gnosis, all that true engineering spirit is a qualitative leap: separation between desire and purchase the product immediately to transform the act of consumption itself, an event of self-knowledge and spiritual renewal to instrumentalize an entire repertory of archetypes of the collective unconscious of mankind.

Of course we’re being ironic when using this concept the word “gnosis”, as the alleged spiritual renewal proposal by consumption is the translation of the experiences of the sacred, the religious and transcendence within the paradigm of Self-Help.

The Re-engineering of spiritual gnosis goes beyond the individual’s existential layers (perception, behavior, subconscious and unconscious psyche) to reach the last dimension: the spirit in the instrumentation of the archetypes.

In Jung’s archetypes are symbols of the collective unconscious, symbols updated by various means (mysticism, religion, legends, myths, until you reach the most mystical of contemporary advertising) where are clumped aspirations, hopes and great metaphysical and existential questions of humankind.

As already pointed Victoria Nelson (see The Secret Life of Puppets. Cambridge: Harvard UP, 2001), archetypes are mnemonics as instruments of supreme art of memory. In ancient societies, pre-literary, a range of oral techniques (legends, fables, rhythm, rhyme, repetition, etc..) Served as a repository of human knowledge. The archetypes belong to the sacred art of mnemonics, keeping the library of the collective unconscious of the deeper issues of the species. In a Gnostic sense, symbols of reminiscences about our origins and our exile in this cosmos.

The operation of the Ad-Gnosis

But in practice the mechanism of operation of the Ad-Gnosis? Let’s make this post a draft of a method of analysis of advertising discourse within the Ad-Gnosis. By a gnostic point of view the entertainment industry needs to draw from their subjects ‘spontaneity’ (particles of light or the vital spiritual energy, reminiscent of our true origins) to put in place structures, hollow and lifeless clichés, this draft method that will trace here aims to describe the moment when these structures clichés-capture and confine these spiritual elements, represented in archetypes. 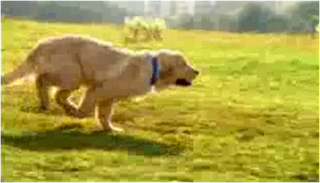 We can consider the various levels of semiotic techniques of persuasion and persuasion of advertising speech as thought-forms empty without spirit or energy itself. At level perceptual or behavioral immediately until they can sensitize the individual, motivating him immediate responses, or behavioral subliminal. But they are of short duration. There is awareness, preparation or fixation.

Leaving for a semiotic didacticism these techniques can be divided as follows:

a) Level structures cliche: Resources graphics, psychodynamics of colors, photogenic, Packshot, lettering, screenplay. That is, every aspect of a pure signal, resources that reach the most instinctive and behavioral aspects.

b) the level of rhetoric: the use of the repertoire of classical figures of rhetoric, Aristotle (metaphors, hyperbole, oxymorons etc.). It is the level of persuasion through pure aesthetics of the arguments of the speech. After the immediate signaling (calling attention), is transformed into information, speech, argument.

Let’s take a prosaic example as well as the new commercial from Pedigree food for dogs (under “Life” Agency Lara / TBWA and producer of Paranoid U.S.). In this simple video advertising can find all the elements of the Ad-Gnosis in operation, mainly the archetypal aspect.

Immediately, we see the classic aspects of photogenic or videogenia advertising: a dog (golden retriever) running in slow motion, pastel colors, track acoustic folk tone, the long by the animal moving in the wind. Aspects are cliches (the pastel associated with spring, early morning, the dog breed retriever etc.).. Superimposed on this level, we rant. The comparison between the motivation to run to the man and the dog follows the model of figure of speech called Sístrofe, technical suspension of the sense where a number of features is listed without knowing precisely what it is about the speech.

Although resources are resourceful, aesthetically beautiful, engaging and exciting, are, in short, empty. Its effect is exhausted soon after the movie ended because advertising remains an element of spirit that does not consider: the archetype.

Let’s see what the audio says that video advertising:

“There are people who run for sport, to overcome adversaries. Or not to be late. But we have more luck. We are dogs. We do not need a reason to run. Your dog has plenty of life ahead. It only remains to improve it.”

This discourse exploits the archetype of the Innocent: a desire for purity, simplicity. The aspiration for playful and idyllic, breaking the order of first performance (effectiveness, efficiency and performance) that governs our lives. Injected in the forms-empty cliches of advertising speech reminiscent of the longing for transcendence of inauthentic social norms that capture the spirit.

But if this is the moment of truth of this publicity, this reminiscence should be confined in the strict business goals. Two techniques are used to confine the archetype: first, the resignation: the dogs are “lucky” to run without reasons. Implicitly means that humans have no such luck. Resigned to run for us to carry out on targets, without the pleasure of playful dogs.