In the Beginning was the Crisis: the ontology of Evil in the Gnostic Film 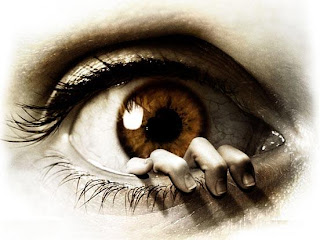 The narrative structure of the film symbolically represents the Gnostic drama described by the cosmic narratives of Gnosticism: Creation and Fall in a single Act. A corrupted cosmos since the beginning of Creation, Evil as an element principal of a written one which traps its protagonist in exile true spiritual origins.

If a Gnostic writing a bible, his first verse would be “and beginning was the crisis. ” Since the crisis in the beginning was the Word and not the world physical was a product terminal in crisis and decline since its inception. For Gnosticism, the creation of the world is already Fall by the presence of evil in the ontological its own constitution, existence and dynamism. Identify with the evil material existence does not mean incurring the traditional religious conception the opposition between matter / spirit, Truth / Lie, Good / Evil etc.., a dualism in which matter is considered morally bad because it is the source of sin and spiritual decay. In contrast, the Mal for Gnosticism has a ontological conception, not moral, that is, evil is the essence of the constitutive physical cosmos itself. That means he has something corrupt and false from the beginning.
The main mythical narrative of the genesis of the Creation / Fall and design Emanationist: the creation of the physical world came through a series of developments from top to bottom with gradations of deprivation and loss. The spatial axis of movement are the various spheres or eons. This affects the very dynamism divinity that the rest of his eternal pre-existence is thrown in History world. This means that the Demiurge, while trying to reproduce the fullness of Pleroma in the lower spheres, incurred subsequent dispersion of the “A” in listed mirrors or successive emanations, a chain of irradiations going to result in a weakening cosmos false or evil in essence.
Two practical consequences result from this ontological condition of Evil:
First, from the standpoint of Gnosticism Cathar French thinker Jean Baudrillard, the world is taken by a “symbolic reversibility”: every action results in its opposite – Peace in War, in destroying the building, the usefulness in the waste, etc. Good in Evil. Each new birth of Results in a reversal, return.
Second, the absolution of humanity because she was not to blame for the state of things. There never was an original sin, except in the divinity demiurge who created this world. Therefore, the “salvation” would not waiver himself, the denial of the individual as the source of sin or evil For Otherwise, look through the Gnosis within each of us the particles of Light that is scattered with the chaotic dynamics of the chain of emanations created this physical cosmos. Salvation is knowledge of what was lost. To know is to remember, from the awareness that we all exiles are.
The presence of Evil in the Gnostic Film
The film’s narrative gnostic will symbolically represent the mythical narrative of the genesis of Evil This will make the movie Gnostic structurally distinct from the typical Hollywood movie or commercial.
What is the structure of a prototypical movie hoolywoodiano “or a” product monopoly “? Who gives us that answer is a synthetic form of the German researcher Dieter Prokop which identifies the following development of public awareness on the structure of the product of monopoly “:

“Articles of a monopoly dominates the scheme of questioning and reconstruction of the order. Valid values are abused, attacked, and again restored. It is a necessary game of fantasy, as is repeated every time the product structure and expectations, is an attempt to become aware of what it costs the deviation of the rules. “(PROKOP, Dieter,” Fascination and Boredom in Communication : monopoly products and conscience “IN: Dieter Prokop (Collection Great Social Scientists), Sao Paulo: Atica, 1986, p. 178

We have this analysis of the structure-Prokop cliche of “break-the-order-and-returns-to-order.” The screenplay for the film begins by presenting an ordered cosmos, with the duration of standards and normal (first act: a happy family, a group of friends, society in its daily routine etc…) Suddenly we have the breakdown of order with the outburst of Evil (turning point for the second act unfolds where Evil: Serial Killer, bank robber, terrorists, explosions, fires, murders, etc.).. And finally restoring the original order described in the first act (the third act: the final duel between good and evil, with the victory of the characters representing the Good and the return to order).
This is the profound meaning of Paradigm called Sydfield the three acts of a typical screenplay.
Instead, the film begins with the Gnostic Crisis, Fall, once in the first act: the protagonists are already in a situation inauthentic, corrupt, conspiratorial. They feel that something is wrong, a feeling of uneasiness, of not belonging to that world. Presentiment of evil within their own reality and not as a result of sins of his own actions. 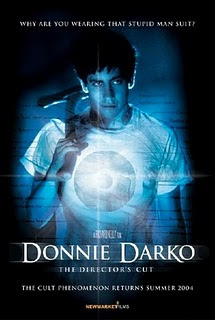 In Donnie Darko (2001), for example, the film begins with the protagonist waking up from a somnambulist state in the middle of a road with your bike on the side. How to stop there? The film starts in disarray. And in the Gnostic European film The Bothersome Man (Den Brysomme Mannem, 2006), whose film opens with the protagonist down a bus in a strange and inhospitable place, not knowing what is there or how he got there. Or Stay (2005) where not only the psychiatrist protagonist, but the viewer himself (through photography “burst”) feel, from the first scene, there is something wrong in that town where the actions take place.
Evil is in reality itself, which involves the protagonist, not the acts ‘sinful’ character (actions in order to break the “good”). For example, in the movie “monopoly” Evil is present in every action “wrong” character that destabilizes the order and is punished for it: the boy who disobeys his mother goes to the camp where the lurking Jason (Jason from Friday Fair 13 is not evil, but the angel who punishes the sinners), the terrorists punished in the end Die Hard for having broken the harmonious world of a shopping center.
The film depicts this symbolically Gnostic cosmogony and corrupted in the Fall. Players find themselves tossed into a plot that does not know when it started, the reason for their existence and what they do there. The whole is false is the only true seed can be found within. Therefore, the Gnostic narratives require paranoid characters, incensed at the edge of psychosis, schizophrenia and madness. It is the uprising of truth present in an individual against all false from the beginning:

“In the beginning was the crisis’ – so would the first sentence of a Gnostic bible, if they could feat to be content with a single Scripture. And since the beginning was the crisis, not the Word, the world body is the end product of this epic of decline. The drama in one act, Creation and Fall, requires players to match: exorbitant, impulsive, expressive, noisy. (…) Intensity at the edge of hysteria, hype, promiscuity of impulses, desires and affections fey. “(Fiorilli, Marília. The God Exiled – brief history of heresy. Rio de Janeiro: Brazilian Civilization, 2008, p. 119 .)

The distinction between film and the film gnostic “commercial” goes beyond the aesthetic and thematic differences: lies in the different conceptions of Evil In the movie “monopoly” Evil is this the guy who “play” (breaking of the order in their ignorance, wickedness, vice, corruption, selfishness, etc.). shall be punished in order to redeem and show the viewer how much it costs to destabilize the Order.
Unlike in the movie Evil Gnostic leaves the field to achieve a moral ontological status: the protagonist prisoner of a drama in one act, the victim of an offshoot of a mistake of cosmic dimensions.