The “Ocean of Gnosis” in “Stranger Than Fiction” 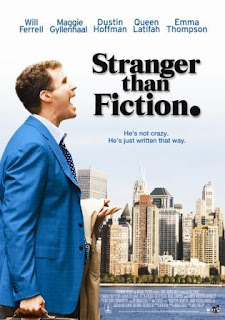 Stranger Than Fiction (2006) explores the deep symbolism of the “Ocean of Gnosis” and the limits of a Writer / Demiurge, unable to solve the limits of time and becoming. It’s the old battle of man against Gnostic Demiurge one that wants to impose a narrative fatalistic, gnosis that struggle for the awakening of free will within the realm of necessity.

Harold Crick (Will Ferrell) is an IRS auditor who leads a lonely life, rigid ruled by numbers (it always counts the number of times you brush your teeth vertically and horizontally) for his wristwatch and routine. His apartment is as impersonal as a hotel room with no personal objects, photographs, memories or disorder.

But one morning, Harold starts hearing a voice narrating his actions, “a modest element of his life as normal could be the catalyst for a new life.” Immersed in daily data and figures for the first time creates a target level (or awareness of spiritual transcendence?) In your life: Who is this omniscient narrator? That plan comes? Harold becomes haunted by that voice off, until you discover your purpose: to chronicle the impending death of Harold.

After quitting to seek therapeutic support, Harold seeks an unorthodox solution: seeking the assistance of an eminent professor of Literary Theory, Professor Jules Hebert (Dustin Hoffman). From there the film provides an interesting narrative irony: more than concern for his mental state, Harold realizes that his life seems to be inside a larger purpose, as the narrative of a literary work. So with the help of Julius, must find out which plot and literary genre is concerned, for by doing so, discover how the outcome would be deadly to avoid it. 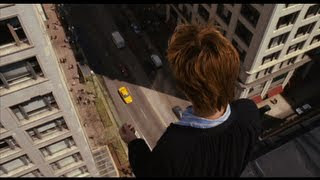 The voiceover is the writer Karen Eiffel (Emma Thompson performed on – famous for killing all the protagonists in his books). His initial images in the film are symbolically suggestive (the protagonist observes the top of buildings such as the Gnostic Demiurge creating a cosmic plot to confine the protagonist anthropos).

Initially, two elements of the films Gnostics are present in “Stranger Than Fiction”: the strength and regularity of the reality that crumbles to find that everything is a literary narrative and an arbitrary Demiurge and ironic deconstruction of filmic narrative itself – in story is constantly creating target levels, for example, discussion of the very elements of the script of the movie (Dramatic Irony, God “ex machina” etc.). and the search for Harold and Julius to determine to what genre the film that the viewer assists falls (comedy? Drama? tragicomic?).

Karen Eiffel is the Demiurge who is so intoxicated by the power to kill his players, enters into crisis and suffering a creative block: do not know now how to kill Harold creatively. As in the Gnostic mythology, all the power of the Demiurge is not able to solve the major flaw of his material universe: the becoming, over time. The publisher sends an assistant to help her overcome the lock and press it on the deadlines for delivery of documents.

For the Gnostic myth, the Demiurge imprisons man in his physical cosmos with one main goal: steal the light particles, reminiscent of the true top of the Pleroma plan contained in the human, this plan that is beyond the powers of the Demiurge. This is represented in shyness and naivety of Harold, who will increasingly writer Karen fascinated by its own protagonist to the point of reluctant to kill him. Gradually, freeing them from the rigidity of the bureaucratic world and right things (in that it discovers the artificiality of the world we lived).

That purity of feeling the “first look” is symbolically worked with several biblical symbolism of Genesis. The apple in the mouth of the exit Harold rushed to the bus stop every morning, the meeting with Anna Pascal (Maggie Gyllenhaal – baker audited by Revenue) that offers cookies taste which will further open up to Harold a world of new sensations (the original sin of biblical Paradise), the attraction to an old Fender guitar in the same color of the apple in his mouth every morning is Harold so.

The main theme of the film is the gnosis of Harold. He has an empty life, bureaucratic and repetitive (typical characterization of the character “The Traveler” in the Gnostics films) in the process of gnosis should be through a game (the process of discovery of the plot metalinguistic narrative of his life) where the boundaries between fiction and reality are confused, like a journey through which the protagonist wakes up. Such ambiguity is the open path to gnosis.

This gnosis Harold begins on symbolic scene where Harold flips through the cards from the drawer of a huge file room Internal Revenue. The voiceover of Karen Eiffel narrates “The sound of paper against the separator was the same tone of a wave to break on the sand. And when Harold noticed it, he realized that the waves had already heard enough to be what he envisioned as a deep and endless ocean. ” Here we have the symbolism of the “Ocean of Gnosis,” the core of many metaphysical teachings Sufis (Sufism, mystical and contemplative stream of Islam that Westernized through Hinduism), for example, the Muslim mystic and poet Jalal Al-Din Rumi. For him, we see God not through teaching but the “heart”, as if we were “in an ocean.”

Harold knows he is dying, the struggle against this fate narrative imposed by writer / demiurge. As in the movie “Blade Runner” (film 1982, based on the novel of the Gnostic writer Philip K. Dick where a replicating robot struggles to find its creator to claim for longer life), Harold meets his creator, writer Karen Eiffel. Shocked, she confronts her own creation.

Professor Julius Harold and read the original writer and come to the conclusion: Harold has to accept death, after all, the new book is a masterpiece of Karen Eiffel. Again, the use of meta-narrative of the story: as in any screenplay, the protagonist must sacrifice for a greater cause in this case, the masterpiece of Eiffel. Julius Hebert, Professor of Literary Theory, Harold tries to convince the inevitability of death. It’s about a “Greater Plan, the outcome of a great literary work, the high point of career Writer / Demiurge.

With so many biblical references and mystical that the film does, is the inevitable comparison with the Passion of Christ. Harold, as Christ knows who will die. Jesus Christ must die for a cause greater (the salvation of mankind) and Harold must die because of a “Greater Plan” means the necessity imposed by a clever narrative. But we are in a movie Gnostic: as in Gnosticism not where Christ came to save us (his death had nothing to do with it), but for the “cure” (bring gnosis to show that being in the world is not to be him ), Harold did not come to earth to die for a “Greater Plan”, but to achieve gnosis.

By discovering the “oceanic feeling” in the banality of everyday gestures, Harold bringing the element of chance in causal narrative: the fragment of the clock halts bleeding which would be fatal to the protagonist in an accident ironically genial prepared by Eiffel. Again limiting the power of the Demiurge: the time, represented by the broken clock.

“Stranger Than Fiction” explores Gnosticism in both content and in form: the reality that imprisons Harold as a “constructu” arbitrary and deconstruction of metalinguistic own itinerary along the filmic narrative.