“To Infinity and Beyond: The Buzz Lightyear’s Gnosis 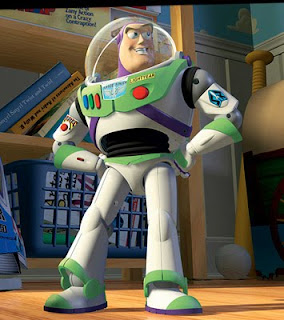 The Toy Story trilogy explores a rich sacred symbols whose origins are in antiquity with Theurgy Alchemy and Gnostic involving the relationship with the human simulacra (dolls and puppets, and in modern times, automatons, androids and replicants). However, in an ambiguous way in which the Gnosis is dominated by Episteme.

Once Prof. Marcelo Tassara, one of the lessons of the Master in Communication Anhembi Morumbi University, spoke about the ability of the animations NorthAmerican, directed for children, making fun themes tragic, heavy and adults.
From Bambi (where the protagonist loses her mother in a cruel way) until Wall-E(Science fiction dark and cynical) animations of American studios exercise this ability to make children laugh at the cruel and tragic.
The Toy Story trilogy is no different. Toys desperate not to loselove and attention from their owner Andy (the mythical plot Freud’s relationshipchild and the mother in infancy), sadistic children that displacecruelly toys (another Freudian plot, the drama of child cruelty unresolved oedipal) and a character, Buzz Lyghtyear, who believesfully inserted in the script in its chip industry’s manufacturers, theidentity of intergalactic hero. Buzz does not think a toy, but a hero within a spatial narrative epic.
Until, a sequence rich in symbolism, Buzz sees himself (or morea copy of his series) on television advertising, where the manufacturerBuzz Light year announce the product to your specifications, packaging and discoursepre-programmed to Buzz repeats as their own. Featured in a commercial phrasedecisively that deconstructs Buzz: “This product does not fly.” Perplexed,
disappointed and impotent, yet Buzz attempts to fly by jumping from a high ladder to esburrachar then. A sad sequence, as well as loss of childhood innocence, forced a metalanguage that every childwill have to do to find that the scripts of their children’s games are contained in a world bigger and incomprehensible.
Toy Story explores an archetypical symbolism of dolls and puppets, ie the symbolism of the mystical and sacred human simulacra where, in actuality, we continued with Replicants, cyborgs and human characters hybrids. An essentially gnostic symbolism where man projects in its simulacrum, their own condition as a prisoner in the physical reality created by a Demiurge or puppeteer. In popular culture of the twentieth century have increased the fascination with dolls and automatons with the appearance of the puppet-master concept (Human or divine) inserted into a Gnostic cosmology relations between human-robot and human / god. This fascination with robots or puppets within that scheme Gnostic symbolize the way in which we can evaluate
human experience, ie how we see ourselves as prisoners within a hostile cosmos.
Theurgy and Alchemy
The human fascination for dolls, puppets (which would later become children’s toys) and other human simulacra have their origin in the Hellenistic philosophers and priests. Plato spoke of a being called the Demiurge, creator of the visible world, a character widely used in antiquity to explain the origin of the human soul from a Divine form and Original: Anthropos. World of Forms Anthropos descended to the material world, causing the man.
Despite being a lower form, human beings have within themselves divine sparks of their origin (Anthropos). Therefore, objective of its existence would climb the steps to do so to return to their divine origins. We humans do not pass by the simulacra of Human Primal, and the world of our senses is a simulacrum of the World of Forms. Through self-knowledge or gnosis could then return to the Light is eternal life possessed by Antropos, this essential human.
Theurgy arises in the Hellenistic world as the first way to achieve this through the manipulation of matter where, just as the Demiurge, we can give life and soul to make a material and bottom. If you have within us a part of the Anthropos, he can return to exercising the same skills reserved for gods: imitatio dei by generatio animae, imitate God by creating life. 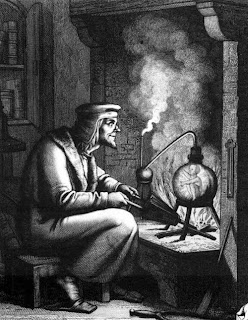 For Victoria Nelson (“The Secret Life of Puppets”) that’s the secret origin of the timeless fascination for dolls and puppets throughout history. For the author, is the alchemy that we have this meeting decisisivo between gnosis and episteme, between experimental science and religious practice through successive operations that reproduce the steps of creating the physical cosmos by the Demiurge to the redemption of matter represented by the creation of the “Stone Philosopher “or” child / homunculus “(” little man “, also known as” mannikin “).
In modernity, these sacred origins are relegated to the world of childhood and, in literature and film, the genre of horror: Frankenstein, murderous dolls and puppets that come to life itself and dominate its creator, voodoo dolls, etc..
In the merger between the toy and infant child, where the soul of the object absorbs the best qualities of its owner (tenderness, kindness, courage, etc.). We have this timeless symbolism of the sacred dimension of human simulacra. If the adult world to espisteme represses gnosis (rationality overcomes the Sacred), will be in childhood and the last stronghold of that dimension transitional lost.
As we saw in previous post, are children’s games in which the child laughed Evil (random, random, accident) present in the physical cosmos. Likewise, the update of the manipulation of human simulacra in childhood is the survival of these myths theurgical and alchemist of old. Fusion doll / child (the projection in inanimate matter of the manifestations of the particles of divine light within each one of us) repeats, for viewing adult, so childish and irresponsible, the whole drama of mythic steps to take to ascend in order to gnosis.
Human Simulacra in the Entertainment Industry
Returning to the sequence in which Buzz Light year finds itself as one toys, Toy Story and updates explores this fascination by Gnostic human simulacra: Just as in Gnosticism the starting point of gnosis is the discovery that the real world is nothing but a veil of illusions , Buzz discovers that his entire existence was merely a pre-manufactured by the toy industry.
But there is an ambiguity in this gnosis of Buzz Lightyear.
We know that since Toy Story, 1995, of the screenplays Wall Studios Disney animations are driven by so-called “Memorandum of Vogler”: a corporate memo written by Christopher Vogler proposing a structure of formulas for a roadmap for success based on the ideas of the historian Joseph Campbell Myths as a solution to overcome the studio the successive failures of the animation studio in the ’80s. From there originated the successful “Paradigm Disney” screenplay based on the archetypal “Hero’s Journey.”
But just that does not support a structure-cliche of an entertainment product. It takes more: archetypal contents speaking background to the human soul. Like Buzz gnosis which brings the timeless fascination of the drama dolls and puppets that fight for freedom (see, for example, in Blade Runner – 1982 – and Being John Malkovich – 1999).
In fact governed by a gnosis episteme (all the technology of producing digital images and cliché-structure of the scripts). If the Theurgy Alchemy and Gnosis, Episteme and seek a meeting here in the entertainment industry we have the submission of Gnosis, the Sacred and the whole mystical dimension to the Episteme: seeking financial results for the studio, the scientific calculation of the emotional reactions of the public etc. . Toys that are no longer manufactured by the child, but by the entertainment industry that, like the Drama of Buzz, the script requires a child’s fantasy.